Nearly 24 years have passed since Age of Empires 2: The Age of Kings was released to universal acclaim from gamers and reviewers. Age of Empires 2 still has a vibrant community because of the remasters that have been released after the year 2000.

The Age of Empire 2 Definitive Edition is the most recent iteration of the RTS masterpiece, they improved the visuals, added new civilizations, and kept the game current. Therefore, it is a fantastic moment to start playing Age of Empires 2 and let those trebuchets fly. In this article, we will talk about the 10 tips you should be aware of if you’re playing the game for the first time or if you’re just getting back into it. Before we begin, You can visit our website, We provide the top games at the cheapest price at Electronic First including Age of Empires IV and Elden Ring.

If you’re searching for a leisurely and easy city-building game to pass the time on a quiet boring day, then this game is not for you. However,  if you want some challenging game, especially when played at high levels go for Age of Empires 2 download it and enjoy this well-known strategy game ever. As I said Age of Empires 2 is a competitive game with many factors to consider. You will advance through four centuries during the game: Dark, Feudal, Castle, and Imperial.

You begin with a Town Center and a few Villagers. Before you begin, consider how you will collect enough resources to transition to the Feudal Age while still investing money to create the extra Villagers necessary to attain these resources. How can you build an army while spending so much money on Villagers and not risk annihilation? Before you can observe the first waves of your adversaries’ attacks, you must devise a strategy to prevent losing the game during the Castle Age.

Age of Empires 2 offers a complicated hotkey system that you may use to ensure that you’re generating units, building structures, and gathering resources as efficiently as possible. Want to head straight to your Town Center? There is a hotkey for it!

There’s a lot to keep track of in Age of Empires 2, and you can’t spend the whole game dragging your mouse to the edge of the screen looking for idle Villagers. Even knowing a few simple hotkeys might save you significant time in attempting to stay up with your enemies.

Some maps are easier to play than others. This might be determined by your degree of experience, civilization, and whether your opponents are artificial intelligence (AI) or actual people. Arena and Black Forest are two fantastic maps for novices since they allow you to build your defenses quickly. Arena begins with a stone wall surrounding your Dark Age town. There are several trees in the Black Forest that can function as barriers against enemy incursions.

It is also critical to select a map that is appropriate for the civilization you wish to play as. If you’re playing on a battlefield with no water, for example, you might reconsider choosing the Koreans because one of their greatest units is the Turtle Ship. Finally, novelty levels are best played with real people rather than the CPU. When your original supplies run out, you must migrate to a larger island, and this concept might be lost on the game’s AI.

When you start a new Age of Empires 2, your only military unit will most likely be a Scout. The Scout is quite useful in your early-game endeavors. You won’t be able to see any foes since the Dark Age begins with the map enveloped in a thick fog of war. Resources and Relics, which provide more Gold, may also be hidden in the mist.

Here comes the Scout. You may direct the Scout’s movements manually or use the game’s Auto Scout mode to set him off. Avoid placing him in danger since he will most likely die quickly. And, while he isn’t the only Scout you’ll be able to recruit, it may be a bit until you develop another Stable to obtain another one.

Maintaining your Town Center’s activity is one piece of advice you’ll find online regularly. By default, your beginning structure is your Town Center. The Town Center is where you produce new Villagers and change their ages as the game progresses.

Create as many villagers as you can during the Dark Age. Take some food to the Town Center right away to manufacture more if you run out. Upgrade to Loom if you are still unable to produce more villagers in order to make them more resistant to attack. Afterward, make more Villagers. The key is to keep your Town Center active at all times. It ought always to be engaged in some project.

In the Dark Age, wasting food is among the priciest things you can do. It’s crucial to properly collect their flesh because the game starts with herdable animals that are simple to kill. Your villager will walk to the closest location that will take it when they have enough flesh from an animal. This is your Town Center to begin with. However, walking requires time, and during that time the animal’s corpse spoils, reducing the amount of food you may get from it.

Food may also be obtained through farms, however, farms need wood to be built. Chain your actions such that farms come last to save wood. After your herdable animals, go boar hunting. They’ll run after you as soon as you start shooting arrows at them, so you may lure one of them back to your Town Center with one of your Villagers and then have the rest of your Villagers attack it to slay it beneath your Town Center.

Go after additional nearby animals you can hunt after that. After you’ve hunted them, head for the berries. If you can construct a mill close to the animals and the fruit, do so. In the berries phase, begin constructing farms.

3. Get Out of the Feudal Age As Soon As Possible

The second age is where you will spend the least amount of time. The success of your Castle Age may make or break your game, so get there as soon as possible.

You will need 800 Food, 200 Gold, and two Feudal Age structures to reach the Castle Age.The aforementioned chain should take care of your food needs. If you assign one Villager to solely mine Gold during the Dark Age, you will have enough Gold to go to the Castle Age. Make the Market one of your two needed structures, since this will allow you to obtain resources through trading.

2. Head straight towards your first castle.

You’ll be able to construct castles in Age of Empires 2 once you reach the Castle Age, and they’re unquestionably the greatest structures you can build. Castles give the special unit of your civilization while also providing strong Trebuchets for your attack.

The issue is that castles are costly at 650 Stone. However, it shouldn’t take long to construct your first one if you begin the Castle Age with some Stone, a Market, and an abundance of one or two resources.

A “trash unit” in Age of Empires 2 is any military unit that may be constructed without spending Gold. Three of the most important ones—Spearmen, Skirmishers, and Scouts—have tangible advantages. Spearmen can effectively combat cavalry. Skirmishers can be successfully defended against by Archers. Scouts are able to investigate the map and have an advantage in the battle against Monks,  who can convert your units to the enemy side.

Trash units can be efficient even if they are inexpensive. If you just choose pricey unique components, you won’t get very far.

Well, that sums up our 10 tips for beginners you should be aware of if you’re playing The Age of Empire 2. What do you think, guys? Do you know of any tips that ought to be on this list? Let us know in the comment section below, we wanna hear from you. And while you’re at it, and looking for Age of Empires 2 HD Download make sure to visit our website. Oh, and if you’re wondering if there is an Age of Empires 2 online, actually the game can be downloaded using Steam and be played online using Steam itself.

The Evolution of Fire Emblem: How the Series Has Changed Over Time
January 29, 2023 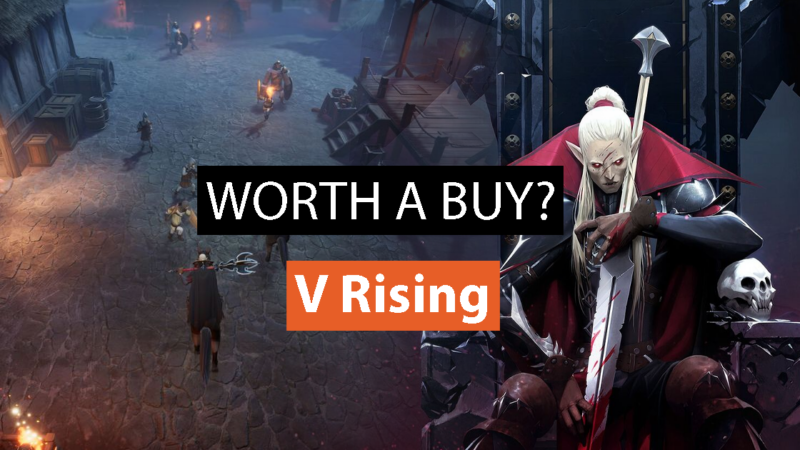