Hey everyone, Arihead here from Electronic First and today we’re gonna talk about all the playable characters in Fire Emblem Warriors: Three Hopes, a retelling of the award winning Fire Emblem: Three Houses. With just a month away, fans are incredibly excited to play with all-time Fire Emblem favorites like Edelgard and In our last Three Hopes video, I covered the 5 things you need to know about it. So if you haven’t seen it yet, I suggest you check it out.

As many of you know, two more trailers have been released recently, one for the Black Eagles and another for the Blue Lions. We may receive a Golden Deers trailer some time in the near future, but for now, we should just agree that poor old, upturned Claude has been neglected. But before we begin, I realize many of you haven’t read Three Houses, so I’m just letting you know that some of the stuff discussed here contains spoilers. Watch out, and take care. Now, let’s go over all the playable Black Eagles characters confirmed in Fire Emblem Warriors: Three Hopes

Edelgard von Hresvelg, one of the protagonists of Three Houses, is also among the most popular characters in the entire Fire Emblem franchise. She is the heir of the Adrestian Empire and possesses a Minor Crest of Seiros, as well as a Major Crest of Flames. A natural born leader, Edelgard takes her role as acting commander of the Black Eagles and heir to a great kingdom extremely seriously.

She is quite modest, reserved and formal, causing her colleagues great surprise whenever she does relax. Edelgard exhibits serious melancholy and grief as a result of her tragic past, and always treats her allies with great respect and importance.

In the Three Hopes trailers, she can be seen using her signature Armored Lord Class. Edelgard wields an axe and a shield, devastating enemies with large AoE strikes. In her special move, Edelgard seems to inflict a burn status on enemies, in a furious flurry of blindingly swift axe swings.

Edelgard’s loyal retainer, Hubert, is a member of the Black Eagles and the eldest son of Marquess Vestra, the head of his noble house. Hubert began serving Edelgard early as a child and was instructed to be loyal to her. Eventually, he grew to develop feelings for Edelgard. Hubert also despises his father, branding him a traitor to House Vestra for ruining their 1,100-year long allegiance to House Hresvelg.

Hubert’s striking appearance is only matched by his severe personality, punishing those who defy the Adestrian Empire with extreme prejudice.

Hubert is seen wielding a tome, dishing out powerful dark magic. I especially liked the falling swords, which deals damage in a large AoE.

Dorothea was born as the daughter of a lady-in-waiting of the Adrestian Empire Imperial nobility.Her mother was forced out of the house, and she died of disease when she was little.Dorothea was then abandoned as an orphan to fend for herself on the streets.Her only solace was through singing, which eventually landed her a career as a songstress.

Dorothea is a natural performer who enjoys activities like acting and singing.

She has a tendency to flirt with people, as she believes finding a capable provider before her beauty fades is required to live a comfortable life.

Just like Hubert, Dorothea can also be seen wielding a tome. She somehow utilizes her singing ability in combat. This should put everyone’s suspicions to rest concerning generic movesets across classes. While this may be true to an extent, it seems that all characters will nonetheless retain some uniqueness. In Dorothea’s special move, she summons a meteor to destroy surrounding adversaries in a large AoE.

The shy Bernadetta’s past is fraught with misery. She is the sole daughter of Adrestia’s Varley Dukedom. Her greedy father only regarded Bernadetta as a means of attaining riches, due to her possession of the Minor Crest of Indech. To this end, he would tie Bernadetta to a chair for hours, instilling obedience into her, all so that she could marry into a wealthy family.

Bernadetta suffered much as a result of this torment, which made her fearful of her father, other people and basically everything. In order to protect Bernadetta, her mother instructed a servant to stuff Bernadetta into a bag , transporting her to the academy, where she eventually joins up with the Black Eagles.

Bernadetta is quite the recluse and feels most at ease at home or in her dorm room.

She holes up in her room and indulges in interests like eating cake and singing, when she is not attending classes.

She is seen wielding a bow, clumsily slaying enemies with great precision. Does this make sense in a sentence? No, not really, but that’s exactly what we all saw in the trailer. I’m already a fan of her “duck and cover” animation after launching volley fire. Interesting to note is her ability to seemingly freeze surrounding enemies in a wide radius.

Bearing the crest of Cichol, Ferdinand von Aegir is the eldest son of the Aegir Dukedom, the line of succession for the capital’s prime ministership for centuries. Like everyone else it seems, Ferdinand is not fond of his father. His father deposed the emperor, turning him into a puppet ruler. It is for this reason that Ferdinand strives to do the absolute opposite, standing up for what is morally just. What’s wrong with the dads in this game anyway?

Ferdinand is a confident nobleman and rival to Edelgard. He is a bit of a sore loser, but has noble intentions all the same, believing that being Edelgard’s superior will demonstrate his value as a prime minister to help her govern as Emperor.

Edelgard wields a lance atop a horse, indicating great speed and mobility. Like the other characters, his special move seems to deal damage over a wide area.

Caspar is the second son of Count Bergliez, Head of House Bergliez in Adrestia. Due to his father’s deteriorating condition, he decides to make a name for himself at the Officers Academy. He and Linhardt met each other as children and became friends, eventually enrolling in the Academy. He joins the Black Eagles, studying and fighting alongside his friend, Lindhart. Caspar, being a crestless noble and second son to succession, is unlike other Fódlan nobles.

As a result of his elder family’s military accomplishments, Caspar has a competitive disposition.

Although Caspar’s impulsiveness sometimes holds him back, he is a dependable man with a strong sense of justice.

While Caspar may wield an axe like Edelgard, his moveset is very different and is perhaps one of the most interesting from we’ve seen in the trailers, launching deadly attacks like a tornado to suck in enemies and deal loads of AoE damage, as if he’s Metaknight.  What’s more, he can literally punch enemies in what looks to be his special move. You’ve got to love this guy.

Petra is the presumptive heir and granddaughter of the king of Brigid, an archipelago to the west of Fódlan. She lost her father in her youth at the hands of Caspar’s father in a failed attempt to invade the Adestrian Empire. As Brigid is now subservient to Adrestia, Petra serves as her land’s representative at the Officers Academy, joining the Black Eagles.

Even though Petra does not hold a minor crest like many of her peers, she stands out as a bright and talented student. She’s not a natural speaker of the Fódlan language due to her foreign roots, but is always keen to learn more.

While Petra may not be satisfied about her country’s position as a vassal state, she does not possess any animosity to her classmates.

Petra embodies the myrmidon archetype with great style, displaying awesome, highly agile moves to slice and dice enemies like no one’s business. She is even shown to use a bow in her special move, suggesting that Petra may be using the Assassin class in the trailer.

Fodlan’s resident well-informed Green Mage, Lindhardt von Hevring bears the Minor Crest of Cethleann and is the heir of House Hevring, a line of counts. He enrolls in the Officers Academy together with his good friend, Caspar and joins the Black Eagles. Lindhardt is perhaps the only playable character among the Black Eagles without much of a backstory. The reason being that he genuinely doesn’t care. Maybe there is a tragic backstory underneath his nonchalant exterior, but Lindhardt has never alluded to it.

While Lindhardt may be extremely intelligent, he is, unapologetically, extremely lazy, save for his tendency to research topics that interest him obsessively. He prefers to engage in activities like fishing idle conversations, and loves to take frequent naps. Lindhardt is well-versed in a wide range of subjects, making him a capable advisor.

Lindhardt also seems to have a very unique and varied moveset as a tome wielder.

And this about covers all the characters seen in the Three Hopes Adrestian Empire Trailer. What do you guys think? Let us know in the comment section below, we really wanna hear from you. Next, I’ll be covering all the Blue Lions characters seen in the Kingdom of Faerghus trailer. As always, be sure to check out our website, where we give you the best games at the best prices. And if you liked this video, you should join our Discord server, where we discuss the latest and upcoming games. Thanks for watching everyone! This is Arihead, signing out. 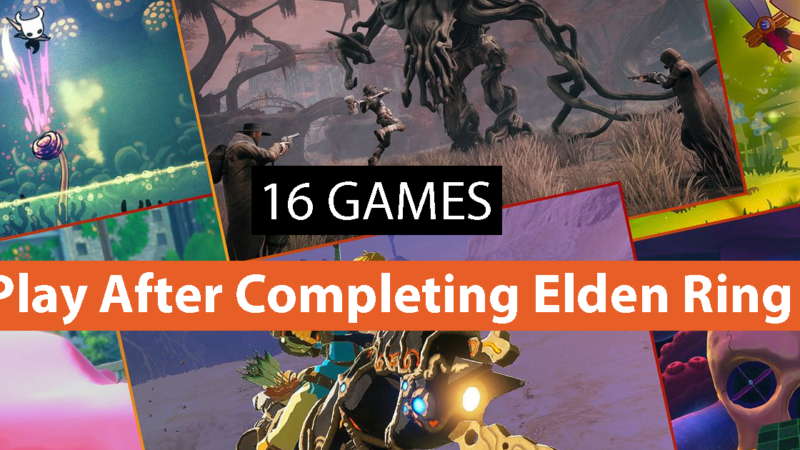