If you are unfamiliar with the Nintendo Switch Sports, here’s a brief introduction to the game.

It is a sports simulation video game developed and published by Nintendo for the Nintendo Switch. You can also say that a whole sporting experience is only on Nintendo developed by Nintendo. Yes, the console developers launched the game dedicated to its console. It was recently released on April 29, 2022. Nintendo Switch Sports is the latest entry in the Wii series of games. However, it does not feature the “Wii” in its name.

Nintendo Switch Sports is a sports-based game that is set in a fictional multi-sport facility known as Spocco Square. The sports facility contains three sports from its predecessors including

It also features three new sports which include

An additional sport from its predecessors, golf, was announced as well. Hopefully, it will be issued in a free update sometime in late 2022, as announced by the officials.

Several people, after watching and playing the game, suspect that it is quite similar to Wii Sports. This guide completely illustrates the differences and the similarities between the newly released Nintendo Switch Sports and the old-loved Wii Sports.

Wii Sports was also developed by Nintendo. It is a sports simulation video game for the Wii video game console, released in 2006. The game was released in North America along with the Wii gaming console on November 19, 2006. Later, it was released in Japan, Australia, and Europe the following month. It was released as a pack-in game with the console in all territories except Japan, making it the first sports game included with the launch of a Nintendo system since 1995 (Mario’s Tennis for the Virtual Boy). Currently, the game has seen several improvements and expansions. It is available on its own as part of the Nintendo Selects collection of games. The game is a collection of five sports simulations, designed to demonstrate the motion-sensing capabilities of the Wii Remote. The five sports included are

Players use the Wii Remote to mimic actions performed in real-life sports due to the nature of a simulation game. It includes movements such as swinging a tennis racket. The rules for each game are simplified and identical to real-world sports to make them more accessible to new players. The game also features training and fitness modes that monitor players’ progress in sports correlating to real life.

Is Nintendo Switch Sports Just The Wii Sports On Nintendo?

The original Wii Sports did get a remake, in the form of Wii Sports Club for the Wii U console. However, Nintendo Switch Sports isn’t another re-release, it’s a completely new game with new sports and improved graphics. Despite being a new game, the content in the game seems identical to Wii Sports. As both are simulation sports games for consoles, there are naturally a lot of similarities between Wii Sports and Nintendo Switch Sports.

Nintendo Switch Sports recently came out with a lot of improvements as compared to its predecessors. The latest Nintendo sports displays many interesting games with pleasing visuals.

You’re not going to enjoy listlessly sitting on the couch with a beer in one hand and a Joycon in the other any more than if you swapped that controller for your phone and digital tennis with room scrolling. Unlike in a setting like VR or a theme park, you’re not forced into immersion; you’ll have to find this game somewhere in the middle. In Nintendo Switch Sports’ case, that middle lies between your TV and your couch. That’s not to say you need to flail your arms until you put a hole in your TV, but part of what makes Switch Sports fun is the fact that it leans into being gimmicky. Sure, each returning sport gets a new mechanic or adds new systems to shake up what we’ve known since 2006.

1. The selection of sports offerings is quite similar

Nintendo also claimed that after the launch of the game, it will be receiving an update that adds golf to the list of sports. All of these sports sound great, but the game is missing some fan favorites, and it has seven less at launch than the previous entry in the series, Wii Sports Resort. While Nintendo Switch Sports may receive post-launch DLC adding sports, the omission of certain sports at launch is noticeable.

Nintendo Switch Sports supports the Nintendo Switch’s Joy-Con just like the other Wii Sports games, positioning them in a manner resembling the actual sport. The gyroscope functionality embedded within the Joy-Con is used to simulate motion in-game, compared to the usage of the Wii Remote to simulate motion in the other games in the series. Alongside Miis, new avatars called “Sportsmates” have been introduced, which have detailed hair and faces as well as arms and legs. Additionally, the Leg Strap accessory introduced in Ring Fit Adventure will be included in the physical copy of the game and will be usable in Football. The game has multiplayer available both locally on the same system and online. The game also features an online mode that allows players to play with other players or with friends.

Wii Sports was a showcase of the Wii motion controls after its launch. It was a pretty decent game that was bundled with the Wii and allowed players to play against each other in five different sports. Each sport was meant as a way to show off what could be done with the motion controls. The graphics were lacking in some aspects as they were of old times. The gameplay of Wii Sports was not that advanced, and there just was not much to the game, but it was also charming for it.

Why does Nintendo Switch Sports Has To Be Unique?

Nintendo Switch Sports promises to continue the fun of the Wii Sports series by coming up with more exciting features and more appealing controls with mesmerizing graphics. However, the game seems to have lost the majority of the charm the series is known for. The focus on utilizing Miis to play various sports is now eliminated from the game. It is now replaced with avatars that do not look that special or unique, they look more like Xbox Avatars. Mii support still exists in the game, but the focus has been moved to these new avatars coming with Nintendo Switch Sports. Even the Miis look very similar to them. One of the most favorite points of Wii Sports fans was playing with Miis and that aspect has seemingly been moved away from it.

As explained above, the majority of the sports in Nintendo Switch Sports seem to maintain a similar look and feel similar to those in Wii Sports. However, one of the new sports, Soccer, looks much more like Rocket League. As the game is completely released as new, it must feature new games and features. The game has a giant soccer ball in a giant field with teams chasing it which already shares similarities to Rocket League, but what cements this feel is the camera angles and look of the ball.

In 2006, the release of Wii Sports brought five different sports to every Wii owner:

Wii Sports never saw any major updates which may include more sports added to the game, with Nintendo instead opting to release Wii Sports Resort with a large assortment of sports.

Meanwhile, Nintendo Switch Sports already has more sports on its list, with six at the time of release. Nintendo Switch Sports comes with the return of bowling and tennis. It also included four new sports the game: badminton, Chambara, soccer, and volleyball. As per Nintendo’s claim, golf is expected to be added to the game months after the launch. It may be added to the in late this year. Moreover, there is an online mode with much better servers that you will get even more sports to compete with each other.

Wii Sports was initially released to produce a tech demo to showcase the motion controls that the Wii could support. Due to this reason, all the sports included in the game were focused on how well the player could swing the remote around for each mode. It means that players had to let the game move everything else while the player just focused on their hand motions in these games.

With Nintendo Switch Sports, two sports were introduced that focused more on players being able to move their character on their own along with the motion-controlled actions. One is Soccer and the other is Volleyball. These two sports revolve around player positioning being a huge factor in making sure they can succeed. Giving players more control is never a bad thing.

The playable characters in Wii Sports are known as Miis. They no doubt gave the original Wii Sports game so much personality. Players are allowed to customize their lookalike and place them in the game. It is to create a virtual self-playing against various other Mii athletes.

Nintendo Switch Sports is a much more tailored experience for the user. The main reason is that it allows them to use their Mii or a new character model called a Sportsman. Although players do not have a ton of customization at first, they can unlock a bunch of different outfits, hairstyles, and equipment by performing well and defeating the opponents in online mode. Some physical movement improvements are also seen in Nintendo Switch Sports. The mechanics are up to the mark as they were relatively basic in the Wii game. For example, the tennis ball behaves in a more physically correct manner than it did in the previous games.

As far as graphics comparison is concerned, Switch Sports definitely comes up with better graphics and visuals. It is because it runs at a much higher resolution compared to the Wii version’s 480i output while utilizing more advanced technologies and techniques. Due to this, both characters and environments look sharper, exhibit far less jagged edges, and the higher resolution allows for more detail to be visible while playing. Further visual improvements include higher quality visual effects, such as lighting, reflections, and other screen space effects. The improved lighting, in particular, offers a huge improvement over the Wii version. Also, environments are not only more detailed but also feel more alive with lots of activity going on in the background.

The graphics of Wii Sports and Wii Sports Resort were never very advanced as they were introduced almost 16 years before. However, they made up for it with fun gameplay and exciting sports.

Nintendo Switch Sports is nevertheless moving away from the basic plot of Wii Sports while replacing them with better-constructed locales. However, improving the graphics is always a plus in gaming.

With the information shared above, you should think that the Nintendo Switch Sports is the one that is recently released. Not always, the new thing must be better but it’s always better to dive into a deeper analysis of the games. Hope we will see the promised updates of new games coming in for Switch Sports, and could only hope that new games match up to the variety in expectations of the fans and players. Moreover, the officials promised to bring even more games to Switch Sports, and many more updates and DLCs have been making rounds on official pages. The improved graphics, support for the Joy-Con controller, and better control make Nintendo Switch a decent game to go for. Meanwhile, the comparison between Wii Sports and Switch Sports will have no winner as both games are good in their own way.

If you already have Wii Sports, stick to it and enjoy what you have. If you’re planning to get Switch Sports, go for it. It’ll be worth your time and money. 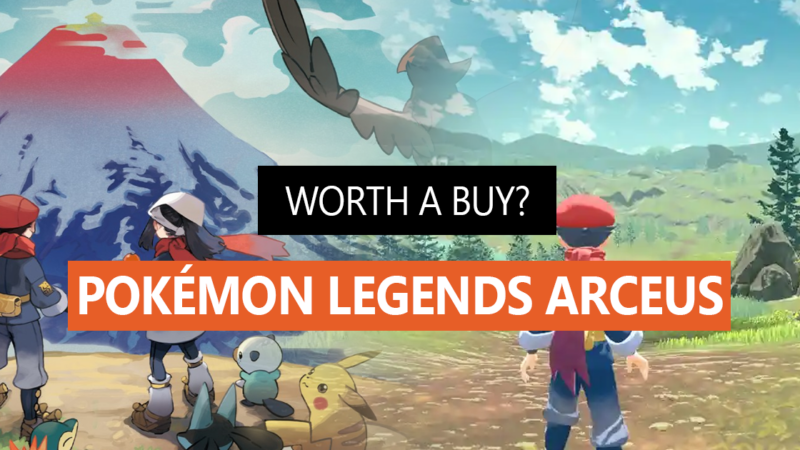 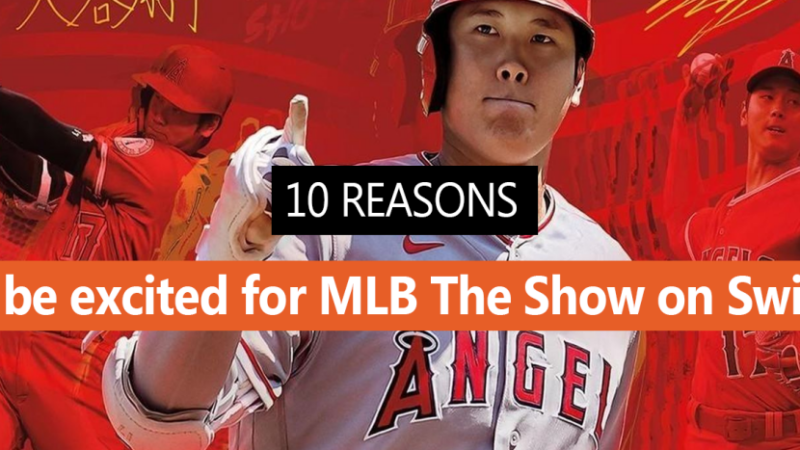