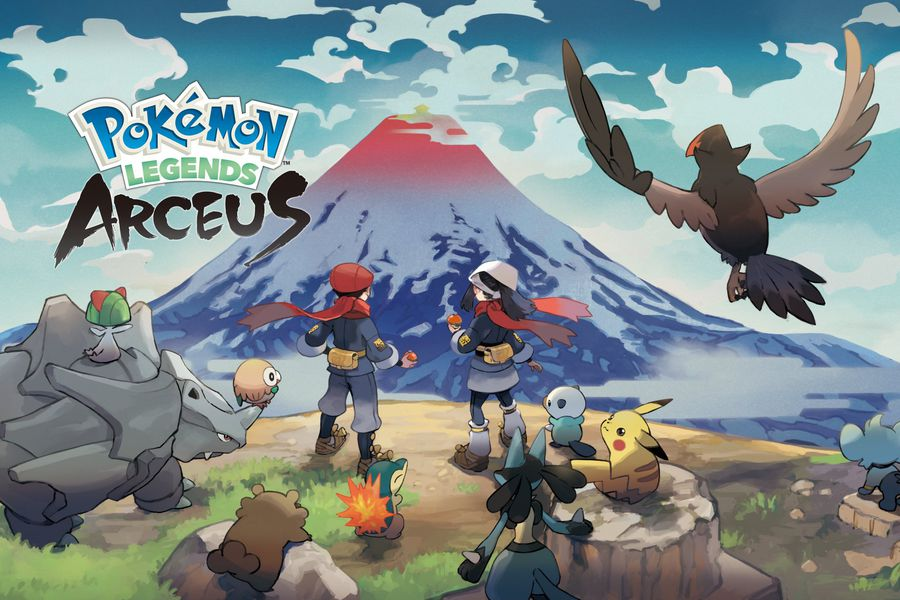 Pokémon Legends Arceus Worth a Buy

Welcome back to our Worth a Buy series! A while ago, we spoke about hunting monsters, and today we will be talking about… catching some. That’s right, I’ve been playing Pokémon; specifically, Pokémon Legends Arceus. This game has been on everyone’s radar ever since it was announced in February last year. Many long time fans were extremely hyped to get their hands on the game. With Pokémon Legends Arceus finally here, I had the opportunity to play and invest a lot of time (maybe a bit too much time) into the story and features of the game.

So, did it live up to all the hype? In many ways, you could say this game certainly did a good job at delivering new mechanics that are honestly quite hard to live without. Like many of you, I grew up playing Pokémon, and this is exactly how I always imagined Pokémon in my mind. Capturing Pokémon in a sort of open-world setting is a great new, and dare I say, revolutionary direction for the Pokémon franchise. However, I feel that there are a lot of things that can’t simply be overlooked.

Let’s start with what makes Pokémon Legends Arceus so good. Your journey begins as you fall through this mysterious space time rift in the sky and go back in time and emerge into what is known as the Huisian region. What do you think happens to people who fall from the sky? 5 broken ribs and a severe case of paralysis is what you might be thinking. But this is Pokémon, so you complete this little tutorial, head to the local village and after a while, you get to choose one of three starter Pokémon. Unlike most titles, each starter hails from different regions. 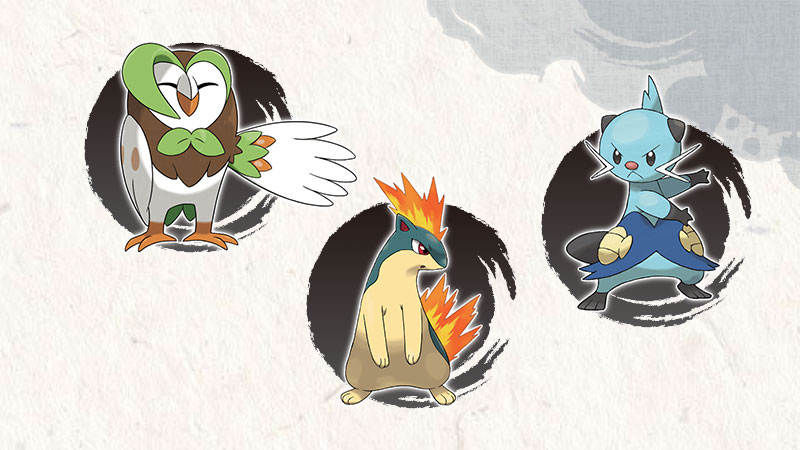 Rowlett, Cyndaquill and Oshawott were odd choices to me, but they all have their charm and unique advantages in combat. As you can see, I personally chose Rowlett. I find owls to be pretty cute and I’ve been a big fan of its evolutionary line in the Sun and Moon games. Afterwards, you start running across the land, searching far and wide to catch Pokémon and ultimately complete the Pokédex. Working on the Pokédex may seem tedious at first, and in many ways it is, but catching Pokémon has been unexpectedly enjoyable in Legends Arceus. Each Pokémon is unique in the way they interact with you in the wild. Pokémon run away when you get too close, many charge right at you when alerted and some can even deflect the Pokéballs you love hurling around so much.

There are even Pokémon flying so high that they seem impossible to catch. And you can even find many Pokémon swimming around that can only be caught later on. This new method of catching Pokémon is refreshing and turns each encounter into a puzzle of sorts. Should I approach from behind and catch them off guard? Do I lure them in with bait? Or will it be better to weaken them in battle before throwing Pokéballs at them. Legends Arceus gives you the freedom to decide each approach. At the beginning, there are many low leveled Pokémon that are easier to obtain, but as you progress you’ll eventually notice this game really likes to test your wits. Regardless however, countless Pokéballs will be hurled, and many Pokémon will be caught. That’s what this game is all about. 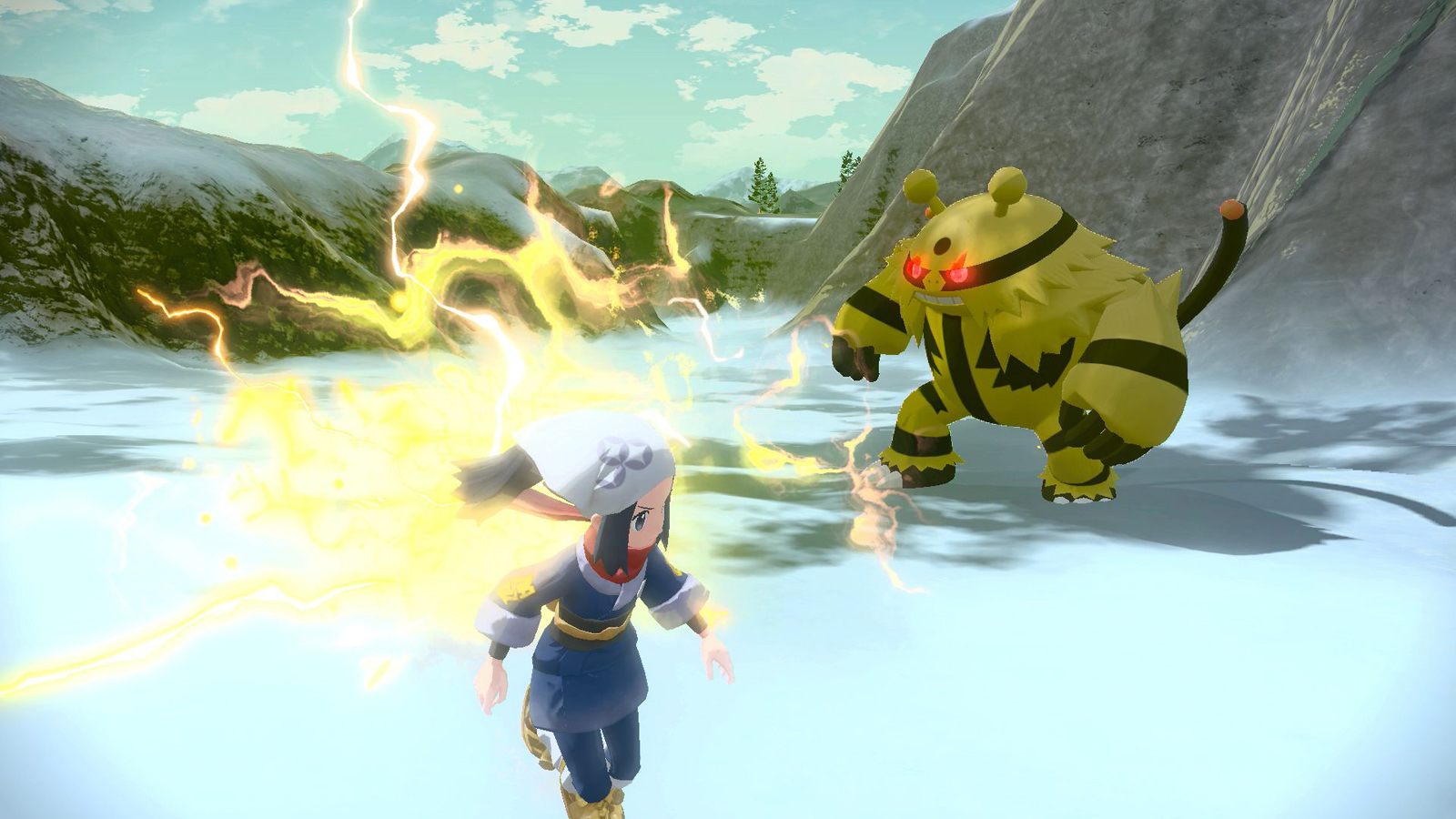 The new Alpha Pokémon, which are larger, stronger and angrier versions of common Pokémon, are an awesome addition to the game. Usually, these Alphas are several levels higher than you, so fighting them can be impossible at the early stages. Eventually though, you can catch them yourself, so don’t get discouraged when you lose your first battles. These guys are downright terrifying and will chase you down if you get on their bad side. After finally catching them though, you’ll feel a sense of accomplishment, as they tower over everyone else. 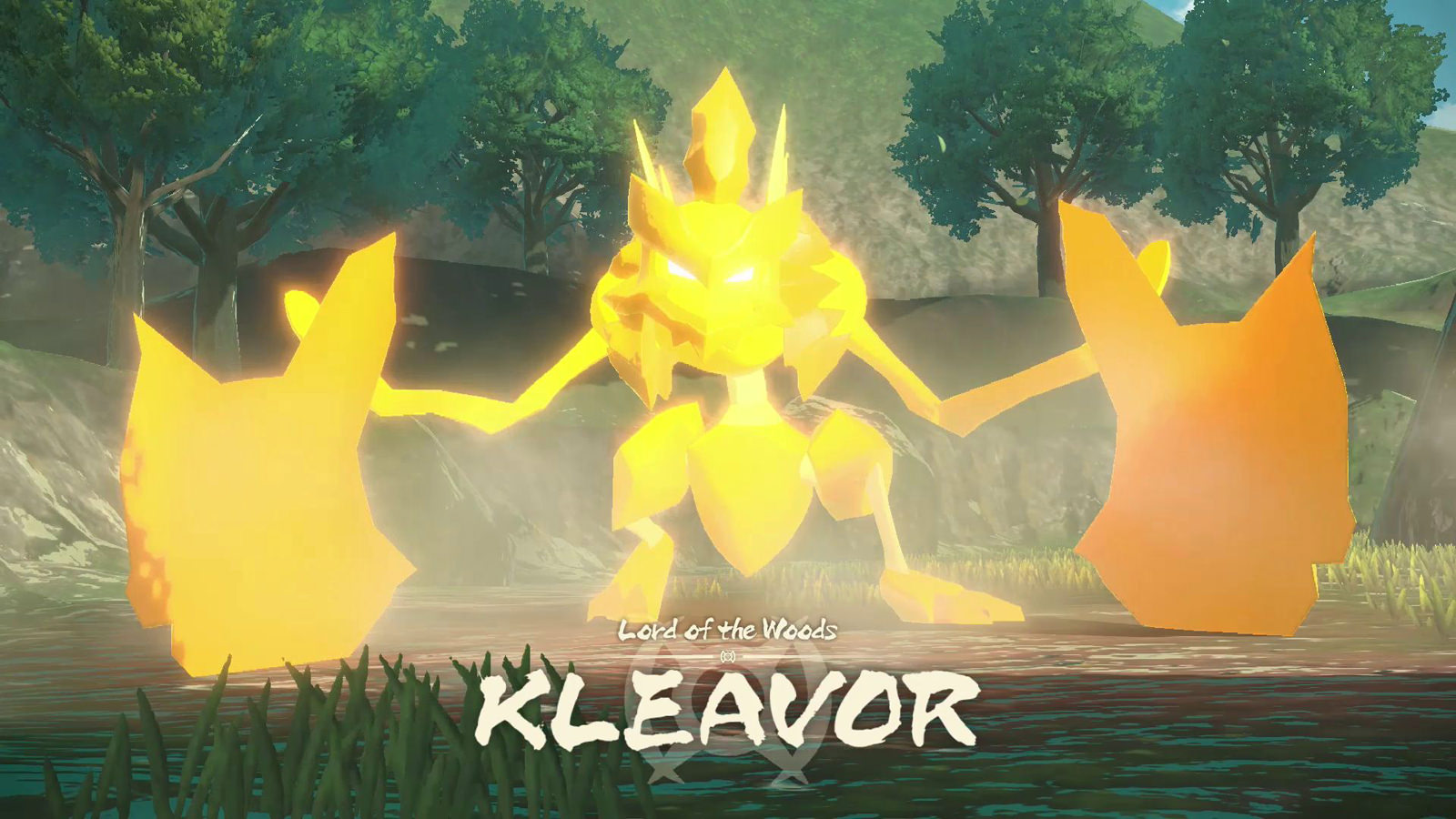 You’ll also be encountering Noble Pokémon, who are treated like guardians of their respective biome.

For untold reasons of which will be made clear as you progress into the game, some of these Noble Pokémon are sent into a state of frenzy. These guys kind of act like the Bosses or Gym Leaders here, and are essential to the progression of the game. I found the fights to be super cool. You can send out your Pokémon against them, but you’ll mainly be throwing balms that are made to quell their anger. Actually, you don’t even have to battle them. You can just as easily throw this stuff until they are back to normal. I also enjoyed the combat in Legends Arceus. For better or worse, a lot of moves have been changed, and many mechanics are different from past titles. Like in most Pokémon games, you are forced to “forget” a move after learning a new one. This was limiting and tedious for players whenever they needed to have their Pokémon relearn a move. Legends Arceus fixes this completely by treating Pokémon moves like skills that can be equipped at any time. You can even choose when to evolve a Pokémon; your Pokémon are not forced to undergo evolution like in previous titles. I have mixed feelings about this, but it’s not a bad feature. 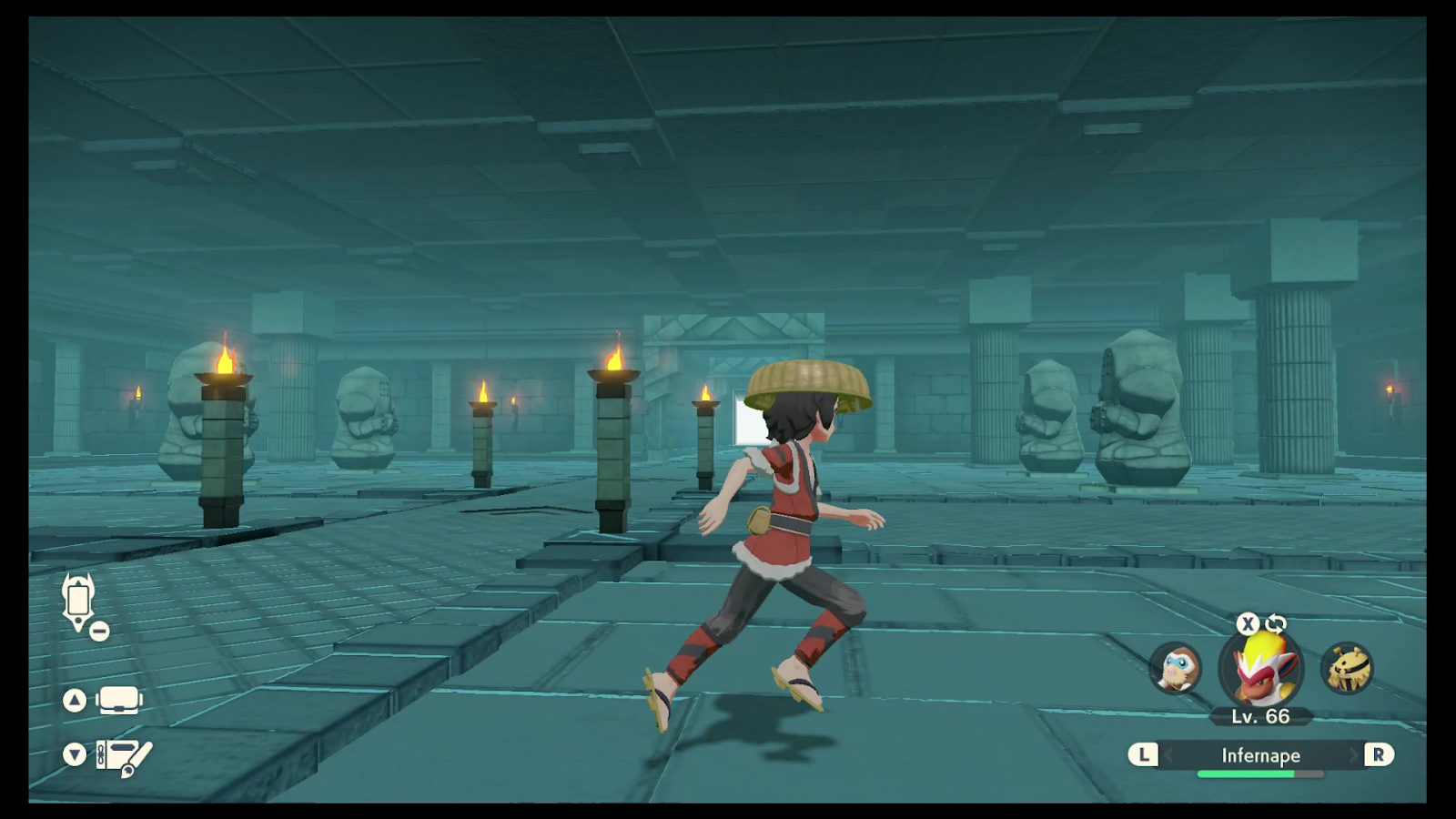 Actually, between story quests, side quests, catching Pokémon, finding collectibles and uncovering the mysteries of the Huisian region, you could say there’s a ton of stuff to do. These are many of the things that make Legends Arceus a fun and thrilling journey. However, the game undeniably has its flaws. For starters, the trainer is, for all intents and purposes, useless without his Pokémon. You can’t jump, you run for a very short amount of time, you have one type of dodge that… honestly is nothing too great, you can’t swim and you can’t even climb. Mounts can fix all of the trainer’s shortcomings. I admit, they are very very cool and go along well with the idea of humans and Pokémon working together. Actually, I really like the ways in which you can interact with your Pokémon .

Your Pokémon can break trees and rocks to reap nice rewards; however, this feels like a squandered opportunity, as every Pokémon can shake every tree and break every rock. It would have been more interesting if certain requirements were needed to perform these actions, like in other Pokémon games. Missions can also be a bit tedious, and sometimes, it can get pretty annoying trying to catch and fight the same Pokémon several times just to complete a Pokédex entry. And finally, saving the worst for last, the world… Legends Arceus is… not the prettiest game. The graphics are a huge letdown and the world feels quite barren. The world of Legends Arceus is a little bland and disappointing, and graphically looks like it could have been a last Gen release. 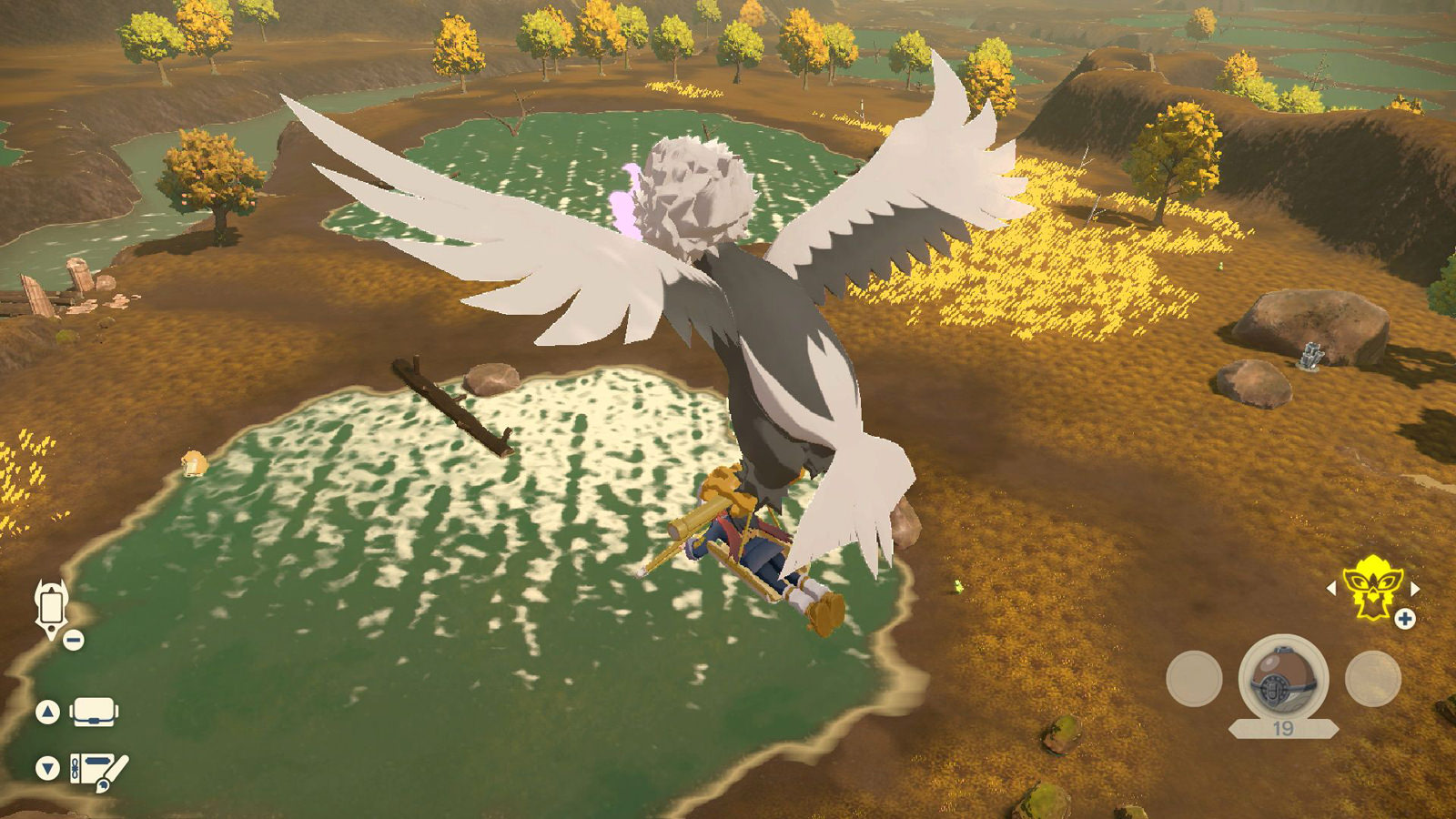 I don’t think there is any excuse for it to look like this, given how much money the Pokémon Company has. You could make the argument that the Nintendo Switch isn’t the most graphically impressive machine, but it’s hard to make this argument when games like Breath of the Wild exist within the Switch. It gets even harder to justify this when mobile games like Genshin Impact, which is constantly updating and expanding its world, looks even more impressive as well. Also, the world of Legends Arceus could have been more fleshed out. For example, in many open world games, there are secrets and treasures that are waiting to be discovered. This isn’t the case here in Legends Arceus, where you instead just find more Pokémon to catch. I don’t know why they made this world feel so empty. I mean, why couldn’t they enrich the environment to make it more beautiful, like in Pokémon Snap.

I also find the lack of voice acting makes the game feel less immersive. I know voice acting has never been a thing in Pokémon games, but Legends Arceus could have been the perfect game to try it out. Even the Zelda series knew it was time to start using voice acting and they implemented this in Breath of the Wild, which was a huge success worldwide These are just some of the issues with Pokémon Arceus. I wouldn’t call the game bad. No, far from it. In fact I would say it’s a truly good, fresh and fun Pokémon game that is totally worth your time. But Legends Arceus does lack polish, which is a shame, since it’s such a great game overall. 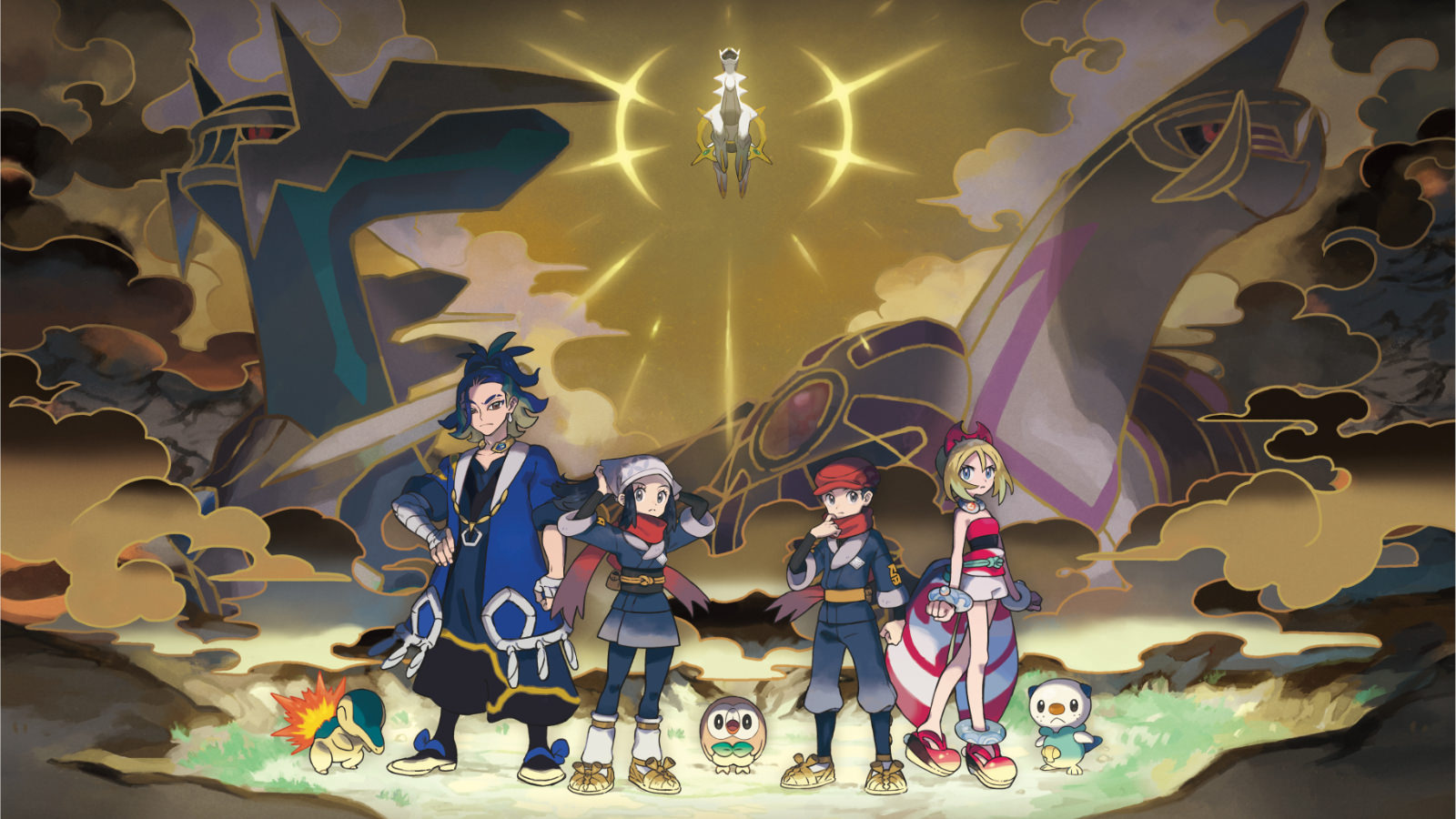 Players might not feel inspired to revisit this game after completing the main story. The only thing you can really do in this world is catch Pokémon. No matter how great the catching system is, it can get old pretty fast if there is nothing else to do. There’s no player vs player mode, and there are very few challenges to be found post-game. I fear that all these things will only hurt the lasting appeal of Legends Arceus. In summary, the game is ambitious and for the most part, is pushing the Pokémon franchise into the right direction. There are a couple of problems, but it’s still a truly terrific game. I expect Gamefreak to add some cool new updates and perhaps DLC content that will motivate players to continue playing. Let’s just hope the next Legends game takes all the great things from this title and improves upon its shortcomings. With all that being said, I had a blast running around catching Pokémon, exploring the Huisian region and watching all the events of the story unfold. There’s even a cool twist at the end, which I won’t get into detail about.

If you can look past its many flaws, Legends Arceus will give you the Pokémon experience you’ve always wanted, and for that, it’s totally worth a buy! What do you guys think about Pokémon Legends Arceus? Do you agree with my points, or will you guys send me to be sacrificed to Lord Arceus. Oh, and if you liked this video, be sure to check out our other videos, where we give you info on the latest and upcoming games. Don’t forget to like, subscribe and hit the notification bell so you don’t miss our next videos. I’ll get back to playing now, gotta catch ’em all you know? 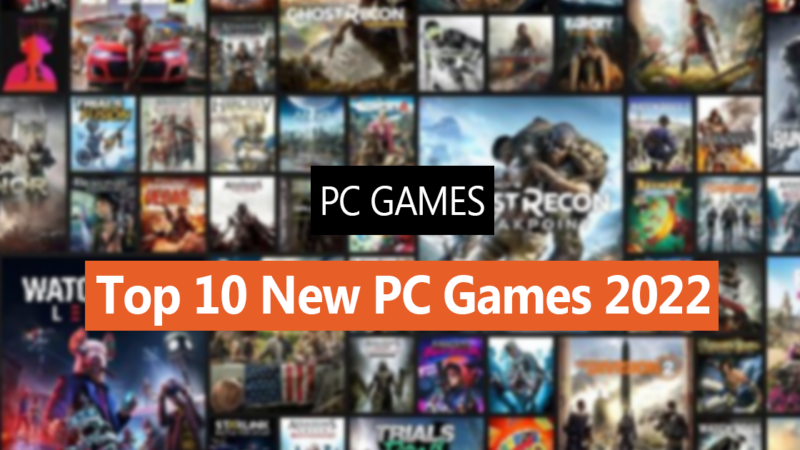