In this Worth a Buy edition, we’re taking a look at Rebellion’s latest release, Sniper Elite 5, a stealth shooter that features gruesome kill cams and separates itself from others with mechanics like wind and bullet drop for a genuine sniping experience.

The titular ‘Sniper Elite’ is none other than Karl Fairburne, a sharpshooter who serves under the US O.S.S in 1944. The mission? Weaken France’s Atlantikwall, so the Allied Forces can safely land in Normandy. The method he employs is straightforward: By single-handedly disabling the island’s gun batteries and eliminating hundreds of adversaries under the cover of foliage. How one man can do so much on his own is beyond me, but the missions are all really fun and by no means easy in harder difficulties. In fact, I found myself stuck in the first mission for quite a while, owing to the fact I have never played a stealth game like this before. Even shooting a goon from hundreds of meters away prompted entire Nazi armies to hunt me down relentlessly, and without stopping for several minutes. Allowing them to discover you proved to be fatal, as all it takes is a couple rounds to spell your end.

There are two primary takeaways here.

One is that you shouldn’t go about ‘Sniper Eliteing’ every soldier you come across. And two, you REALLY don’t want to be discovered.

I know this is just textbook stuff for a stealth game, but Sniper Elite 5 has a cool way to punish careless play that, weirdly enough, only makes you want more.

In other stealth games, getting caught signified game over, or a brief investigation phase that ended with them remarking, “must have been the wind,” and returning to their post.

Overall, the AI function in Sniper Elite 5 impressed me.

Instead of “must have been the wind,” they go at players like a hound with a bone. When provoked, they are also inclined to raise the alarm, making it much more difficult for you to find cover.

The AI isn’t flawless, though, as it can have pathfinding errors, continuously discover the same corpse over and over, and are prone to camping due to their tendency to investigate areas without second guessing.

Once, I had around 4 German soldiers all around me, as I was hiding in the brush. Knowing how thorough they were, I needed to come up with a solution, and fast. My initial thought was to fire them with a machine gun at close range, but given Karl Fairburne is just as mortal as the rest of them, I decided against it. I ended up using a grenade, slaying two soldiers at once and shooting down the rest. It’s moments like these that make the game so enjoyable, which is another reason why I believe it’s best played on harder difficulties.  I also found myself using a lot of close range stealth takedowns, which can be lethal or non lethal. In the lethal takedowns, he often proceeds to either stab the opposition with a knife or snap their neck. The non-lethal takedown gives you the classic choke-hold and punch to knock enemies unconscious, allowing you to move their bodies into a chest to reap more rewards by the end of the mission. While shooting from a distance, I anticipated bullet drop off and wind to have a more dramatic effect, but I found myself landing bulls-eyes on my intended targets time and time again, each with its own excruciatingly gruesome x-ray kill cam.

There were, of course, minor deviations in the trajectory, but nothing too serious. This also depends on the sniper rifle you are equipping. For example, the M1903 is very effective at long range, and is only affected by dropoff at extreme distances. Other rifles, like the starting one, are better at medium ranges. Sound also plays a huge role in this game. While you can sabotage cars, generators, and other things to sound-mask gunshots, using subsonic ammo and a suppressor can certainly make things simpler. There are other ammo types you can use, all excelling in different niches, such as the non lethal rounds, which only knocks enemies unconscious.

Other weaponry plays an essential part in Sniper Elite 5.

Automatic weapons thrive at close range and are equally valuable in general, whereas suppressed pistols can be beneficial while skulking in enemy territory. If you wanted to, you can definitely play a large part of the game guns blazing with a machine gun, which could potentially allow you to clear the campaign faster. After all, it’s easy to spend several hours on each mission when trying to complete all the side missions through stealth. Weapons may be modified in the many workbench locations found in missions, enabling players to arm themselves with what works best for their preferred playstyle. Of course, firearms aren’t all Karl Fairburne is armed with. The man is armed to the teeth with an entire arsenal of equipment at his disposal. Grenades, trip mines, bandages, whistles, empty bottles and more; he’s got them all.

Every one of these consumables are useful in their own right, though some are only valuable in specific situations, and it’s identifying and capitalizing on these scenarios that makes something as ridiculous as the whistle so satisfying to use.

Bandages and medical kits are, of course, universally useful commodities. Karl Fairburne may be an elite sniper, but his sniping skills are exceeded by his medical genius, as displayed when he bandages up gunshot wounds in mere seconds.

The maps feature climbable surfaces and ziplines, creating what amounts to the most nimble Karl Fairburne in the franchise. There are also tons of explosive objects Karl can use to blow the fascists to smithereens. Overall, it’s bigger and better than Sniper Elite 4, with each map offering an engaging Sniper experience. And while there are only a few main objectives in each respective mission, you can’t ignore the optional objectives dispersed everywhere. What I like is how you are given many different paths toward an objective, some of which are less assuming than others. You can, for example, use bolt cutters to move past fences, unlocking new areas to explore. The maps are also beautifully designed, and look terrific with high quality graphics options. 1944 France sets a somber tone;  the subjugated war-torn nation is nothing like we see today. Everything, from churches, stores and apartments belonged to the fascist state.

Meanwhile, as you continue through the main campaign, skill improvements offer you a significant advantage.

Back in the Fight is notable for letting Karl revive himself after being downed.

If you’re looking for an intriguing story, Sniper Elite 5 is not for you. Although I have not finished Sniper Elite 5, more can be said about Fairburne’s Karabiner 98 and all its intricacies than the game’s plot development. And that’s perfectly fine. After all, if you’re playing Sniper Elite, you’re the type that shoots first and asks questions later. Shooting Nazi heads is what this game is truly about.

Similar to Dark Souls and Elden Ring, you can invade other players online, taking the role of an opposing Nazi sniper elite. The invasion ends when either side perishes, and suffice to say, there isn’t much more that can be said about this mode. The Nazi invader certainly has the advantage here, as they  are surrounded by Nazi comrades. Co-Op, which can be enjoyed in the campaign, is quite fun with friends. And unlike Sniper Elite 4, items are exchangeable.

Overall. Sniper Elite 5 is an excellent outlook for the franchise, the culmination of Fairburne’s many years as a sniper elite, offering Hit Man-like scenarios in vast sandboxes, brimming with Nazi goons found in every corner just begging to be head shotted. It can be quite routinary, but the gameplay never gets old in my experience. Sniper Elite 5’s strive for realism does not go unnoticed either. Features like sound masking, bullet drop off and wind truly separates it from other titles, and it’s even better here than in the preceding Sniper Elite 4.

What do you think about today’s Worth a Buy episode? Let us know in the comment section below, we really wanna hear from you. And as always, for everything gaming, stick with us at Electronic First. We give you the best games at the best prices, including Sniper Elite 5. Also, be sure to visit our Discord server, where we talk about the latest and upcoming games. This is Airhead, signing out. I’ll see you guys in the next one. 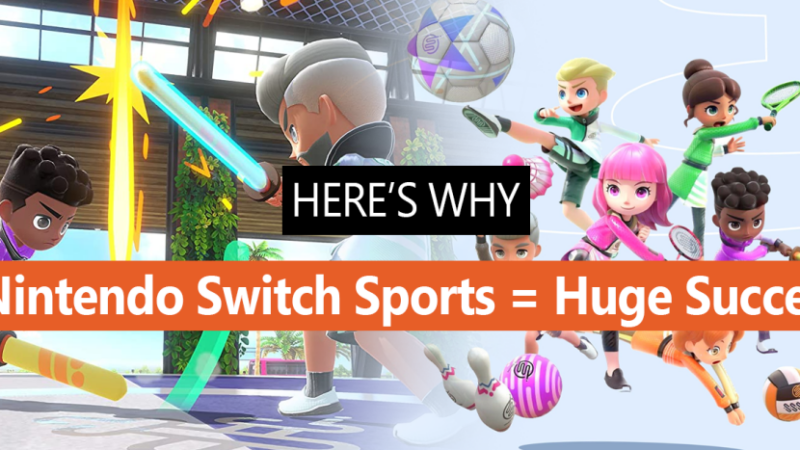