Hey everyone, Arihead from Electronic First In this Worth a Buy episode, we’re going to be covering Kirby and the Forgotten Lands. In our last episode, we covered Ghostwire: Tokyo. If you’d like to see my unbiased review of the game, then remember to check it out. Now, this Kirby game is actually the first one I’ve ever played. It was met with amazing reviews and I wanted to know what all the fuss was about. After playing for a good amount of hours, I now understand what makes Kirby and the Forgotten Land so good. But first, what is Kirby and the Forgotten Land, and how is it different from other Kirby titles? For starters, Kirby and the Forgotten Land is Kirby’s first foray in a 3d space. It only took them 30 years! It’s certainly a big surprise. After all, other old franchises started transitioning to 3d since the era of the N64. At a certain point, the idea of Kirby in a 3d setting was unheard of. While this game may be quite different from the Kirby games you are used to, at its core, it’s still the same level-based Kirby experience it’s known for. Before we begin though, remember to check out our website. At Electronic First, we give you the best games at the best prices, including Kirby and the Forgotten Land. Also, be sure to join our Discord server! If you like our videos, come on over to our server! It’ll be great to finally have a real-time chat with you guys.

So, the story goes like this: Kirby is flying around Dreamland, when a random black hole appears out of nowhere and starts sucking Kirby and the many Waddle Dees in. Where have we seen this plot device before? To be honest, Kirby should have seen this coming. Kirby wakes up into what is probably the most PG-friendly post-apocalyptic world we’ve ever seen. He then discovers that the Waddle Dees of Dreamland are being kidnapped by the native animals in the area, known as the Beast Pack. After finding the destroyed Waddle Dee settlement, Kirby saves a Chinchilla-like creature known as Elfilin, who has been helping the Waddle Dees fight back against the Beast Folk. Unfortunately, they were powerless, and as Kirby, it’s your job to save the day. This is where the game begins and I won’t spoil any more of the story. Although the story has its charms, I must say that the meat and potatoes of this game lies in the gameplay. Kirby and the Forgotten Land is a really fun experience, especially with controls as fluid as this.

In fact, the first thing I did was an experiment with various techniques with Kirby’s moveset and the many copy abilities. Speaking of copy abilities, most of them are tried and true fan favorites, such as the sword and ice abilities. Of course, there are also new abilities, the Drill, which actually has a very strong moveset and the Ranger, which I like to call “Kirby with a Gun.” I never thought I’d say that in my life. I love this job. Moreover, you can now evolve copy abilities into stronger versions. They visually look different from the originals and are usually better. My personal favorite is the Fire copy ability, and its evolution, the Volcano Fire ability. As you can see, I spam the dash attack as a movement option at basically every level. It’s extremely strong. I have yet to unlock the Dragon Fire ability, but I’ll bet it’s just as game-breaking.

And you’ll be doing all this crazy stuff in fun and engaging levels befitting a Kirby game of this ambition. In fact, I would even go so far as to say it rivals some of the mainline 3d Mario games we’ve seen in recent years. The level design is quite clever actually. In each level, you are given optional tasks to complete, which gives each level a lot more replay-ability. There are tons of secrets abound in the New World, jam-packed with puzzles and collectibles. And like I was saying earlier, this really is the nicest post-apocalyptic world we’ve ever seen. Graphically, it’s up there with many of the switch’s greatest hits, like Super Mario Odyssey and Breath of the Wild. I’d go on vacation here if I could. Guess it’s time to book a ticket to my town’s local black hole. The common enemies are not particularly hard, nor are they truly unique in my opinion.

But they do have a great design. Killing them is fun with Kirby, whether you suck them in Kirby’s boundless mouth, burn them to a crisp with the fire ability, spin to win with the tornado, or shoot them in the head with Kirby’s gun. Is this really a Kirby game? Who cares, it’s stupid fun. Let’s not argue the moral implications of all this. If the common enemy is too easy for your tastes, don’t fret, because the bosses are much more interesting and take a bit of a learning curve to defeat. Personally, I haven’t really found the game to be challenging, even when playing on Wild Mode. The two available difficulty levels, Wild and Spring-Breeze, are actually a pleasant surprise for a Nintendo game that will definitely sit well with the fans. However, this is no Elden Ring. Don’t expect to have your palms sweaty.

Unless you naturally have sweaty palms, then I’m sorry. Moving on, one of the main gimmicks of this game is the Mouthful ability. Now we can witness Karby, as he fast and furiously rams into enemies head on without mercy. Is this REALLY a Kirby game? Other Mouthful abilities include the Cone Mouth, allowing Kirby to perform a deadly ground pound and Ring Mouth, which gives Kirby the ability to exhale devastating gusts of wind. In order to progress, you will often have to utilize specific copy-abilities and mouthful abilities. This does add a layer of depth to the level design and forces you to master various abilities. Otherwise, I would just use the fire ability and nothing else.

Bandana Waddle Dee also makes an appearance, in the form of a Co-Op partner. He comes with his own moveset and is a much appreciated partner for Kirby’s adventures in the Forgotten Land. While Bandana Dee may not be as strong as some of Kirby’s best copy abilities, he does have some cool tools, such as his helicopter spear and spear throw. What makes co-op so great, besides the abilities of Bandana Dee, is the added dynamic of teamwork. Certain puzzles are made easier, and there are some things that can only be done when you play as a team. Also, Bandana Dee can ride Kirby during some mouthful modes and launch spears at opponents. My only criticism is the difficulty. They could have made the game a little harder when playing co-op. For me, it just made things a lot easier. A lot more funner, for sure, you know. These kinds of games are best enjoyed with friends.

One aspect of the game we shouldn’t overlook is the music. They’ve put a lot of emphasis into conveying their message, not just through dialogue, but through music as well. A number of the game’s cutscenes do not have voice acting and were created with this in mind. Also, as expected from HAL Laboratory, the music truly fits the levels.

Suffice to say, whether you’re a casual or hardcore gamer, there’s a lot to love about Kirby and the Forgotten Land. For the more casual gamers, there are two difficulty modes to suit your needs. Clearing levels isn’t too hard and the controls are easy to learn, while the hardcore gamers may appreciate the large amount of movement optimizations possible. Essentially, if you’re the type that likes Kirby and other platforming games, then Kirby and the Forgotten Land is absolutely worth a buy. I think it’s one of the best games I’ve played on the switch. What do you guys think? Let us know in the comment section down below, we really wanna hear from you. In particular, we’d like to know your favorite copy ability. Also, we hope to see some of you on our Discord server. We talk about various games, such as Elden Ring and Pokemon Legends Arceus. This is Arihead, signing out! 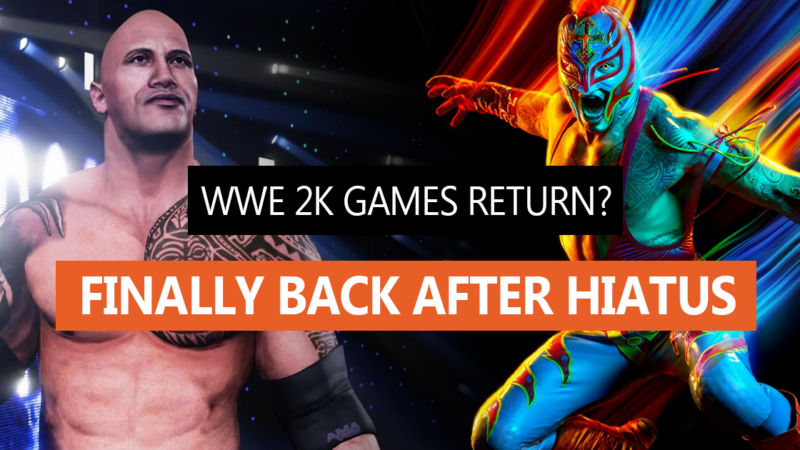