What is a gaming subscription?

The Future Of Gaming

There’s no doubt that the gaming subscription services are the of gaming. Just like Netflix and Amazon Prime were the future of theaters and cinemas. The Xbox and PlayStation platforms are largely built around monthly subscriptions required for basic features like online multiplayer. At the moment, Nintendo Switch is not included in the services offered. However, it has its own multilevel subscription service offering to Switch users only.

In recent years, gaming subscriptions have become a major part of PC gaming. but not yet the default. The gaming subscription services allow the gamers to buy the games from a variety of shops. It essentially means that individual games are often discounted while getting more options to choose from.

Currently, Xbox Game Pass is one of the major subscription services offered by Microsoft. It supports a catalog of games across console, PC, and cloud.

Along with Xbox Game Pass, some of the most famous gaming subscription services include

In 2017, Microsoft launched its subscription service by the name of Xbox Game Pass for Xbox Later in 2019, they introduced this service for PC.

In the standard package of Xbox Game Pass, it gives its users access to over 250 games. Moreover, the game library is constantly changing with new titles adding up and old gaming dropping out of the list. All you have to do is simply pay a monthly fee and you can play as many of those games for as long as you like until your subscription expires, or the game is removed from the library that Xbox offered you.

These three types of Xbox Game Pass subscription types come with different kinds of games and features. The Xbox Game Pass Ultimate option is considered the best option of all the types as it allows you to play more than 100 games on a console, PC, iPad, and mobile phone.

In addition to that, it gives you day-one access to titles from Xbox Game Studio and includes Xbox Live Gold as part of your membership. You’re also entitled to a free EA Play subscription, letting you play dozens of hit games in the publisher’s catalog. PC Game Pass, for example, lets you play games on PC, while the Console version of Xbox Game Pass allows you to play games on almost every Xbox version.

The memberships included are mentioned below,

Why Gaming Subscriptions Services Are Getting Popular Every Day?

Every day, given its benefits as compared to standard gaming, more and more people are subscribing to gaming subscription services. The reason is simple, to enjoy more content at a discounted price.

There’s nothing cut out when players opt for a gaming subscription as almost every kind of game is available in the library. From AAA titles to indie games, you will find a wide variety of games available on gaming subscription services. Additionally, many of these services offer content only available to subscribers. This is something given as a perk of subscribing to the services. It means that with a standard purchase there’s a chance that you will be missing out on some of the exciting games. Let’s take the example of the Xbox Game Pass.

The subscribers of the Xbox Game Pass have access to more than 300 Xbox One and Xbox 360 titles and early access to upcoming games. Similarly, PlayStation Now also offers a selection of over 800 games, including some that are not available on other subscription services. EA Access gives subscribers early access to upcoming EA games and discounts on digital purchases. However, without any subscription, you are unable to see those popular titles.

Currently, Steam is planning to put Xbox Game Pass on its platform. It means that every game series in the Steam library will be available through Game Pass. Blizzard has some of the most famous games including Call of Duty, Warcraft, Diablo, Overwatch, Crash Bandicoot, Spyro, Tony Hawk, and many more famous games.

The Steam library joins the list of Xbox games including The Elder Scrolls, Doom, Fallout, Halo, Forza, Gears, and Fable under the Xbox umbrella. With Xbox Game Pass on Steam, these games are also available via the Steam platform. Moreover, as per both parties’ claims, there won’t be any exclusivity issues like with PlayStation.

Imagine you’re paying just $10 per month to get all the famous games from Steam as well as from the Xbox library. This completely eradicates the need to pay the high upfront fees to buy games individually. This can be challenging for Steam as well as it can start to see a decline in sales for some of the highest profile game franchises.

There can be a solution to this problem. Valve could launch its very own subscription service to take on Game Pass directly. It wouldn’t need to abandon its incredibly successful storefront just like the Xbox hasn’t ditched the Microsoft Store but could offer it as an additional option. There’s no doubt that Valve is already in a great position to imitate the Game Pass model since it already has an established working relationship with all of the major game publishers and has a huge game library along with millions of active players.

The reason why Steam will launch its gaming subscription similar to Xbox Game Pass is that Steam Pass would also make the likes of the Steam Deck even more of a tempting purchase, helping to boost hardware sales as well as getting a consistent income from its user base.

As we know, Valve is currently working on introducing more VR games to its gamers. They could even include such games in its subscription service, going head-to-head with Viveport. It can be very beneficial for Valve as it already owns the Index VR headset. Half-Life Alyx is a VR game that is among the top-rated VR games currently available on the Steam platform. There is a high chance that it would immediately make the Steam Pass a more enticing option compared to other subscription services.

Keeping all these things in mind, it makes so much sense for Steam to release its Steam Pass similar to Microsoft’s Game Pass model. It is the only matter of time until a Steam Pass arrives. The Game Pass is no less than the TV streaming apps, with subscription services offering consumer-friendly value. The same is true for gaming subscription services. So, it is likely that Valve will adopt this model eventually, but it’s arguably important to act now before Microsoft’s Game Pass gains more popularity.

Here are the reasons why Steam Pass will be a success if it gets launched soon.

Steam is one of the leading PC gaming platforms with thousands of famous games in its libraries and millions of users worldwide. The popularity of this platform started when Valve released Counter-Strike exclusively on the platform in 2003. If you are a PC gamer, you’ve almost certainly got it installed on your PC.

The main reason behind its popularity is its digital inventory which makes installation and playing the games a no-brainer. Recently, several major publishers like Activision, Electronic Arts, and Bethesda have moved, or are moving, away from Steam in favor of their clients. But still, Steam boasts an astonishingly massive and diverse range of games, whether you’re into shooters, visual novels, anime sex games, or meditative exploration games, it has almost everything that any gamer wants. Moreover, Valve’s also making inroads into streaming to come up with the competition with Xbox Game Pass and PlayStation Plus.

Steam has grown to become the leading PC gaming platform just after its launch in 2003.  Platforms like Steam include the Epic Games Store which gives out free games and GOG which has a library filled with non-DRM titles. Despite all their efforts, Steam still comes out on top with more active users.

As explained above, there’s no shortage of games on Steam. It just about has it all. From hilarious dating sims to 2D platformers, from JRPGs to FPS games, it’s a melting pot of games that merges AAA and indie titles of every type.

Whether you want to play action-packed games like PUBG or want to try a free-to-play indie game, your choices are nearly endless on this platform. Steam also has a recommendation system in cases where you have a specific taste in games, it provides a list of recommended games based on your Discovery Queue. There are thousands of games on Steam so it will allow you to have the games of your taste in your Library.

Steam has a unique feature that no other gaming client offers to its users. It lets other household members “borrow” games from your Steam library. It means that it allows game sharing with other people. This feature lets you allow your friends, family members, or colleagues to play on your Steam account by enabling the Family Library Sharing feature.

This clearly depicts that the corporation values gamers over profit. It can be a huge setback for other subscription services as they are doing something even close to that.

Steam listens to its users

Undoubtedly, Steam has one of the largest gaming communities on the web with millions of active users participating. On every game, a forum is linked to it where you can see pages of posts created by other gamers sharing experiences and thoughts.

Being a massive community, Steam has a team that responds to those questions. The community brings attention to bugs and discusses anything related to the game that can be removed or improved. The best thing about this platform is that it listens to those comments and tries to adjust things accordingly. Again, Steam thinks about its users.

Currently, Valve has no plans on launching a Steam Pass And Is Helping Microsoft To Put Xbox Game Pass On Steam

A few years ago, Microsoft stopped releasing its games exclusively through the Microsoft Store and started putting them on Steam. For PC gamers, it was a huge moment as all the games are now available to play on PC as well. This wasn’t the case for every Microsoft game but later Microsoft added almost all its games to the Steam platform. Recently, Bethesda announced it was dropping its launcher and releasing everything on Steam going forward which further adds hundreds of games on Steam.

The challenging part is that Microsoft also has Game Pass. It is a subscription service that’s grown to millions of subscribers across Windows and Xbox. Moreover, those games notably still run out of their app, not Steam at the moment.

In an interview, Gabe Newell, the president of Valve, talked about the Steam Deck. In that interview, he was asked if the corporation is planning on launching its subscription service, or whether users could see Game Pass games on Steam in the future. He said “I don’t think it’s something that we think we need to do ourselves, building a subscription service at this time,” He added. “But for their customers, it’s a popular option, and we’d be more than happy to work with them to get that on Steam.”

This clearly portrays his message that currently, they are not planning on releasing a Steam Pass subscription anytime soon. However, the possibility still exists that they will eventually release a Steam Pass given its unlimited benefits for them as well as for their users. Soon, we’ll see the existence of Game Pass games being available to download from Steam. It is likely to be trickier than EA Play as they currently deliver different versions of games than those developers release on Steam.

There’s no surprise that gaming subscription services are becoming more and more popular among gamers for a variety of reasons. One of the main reasons is that they offer excellent value for the money. It allows you to access a large library of games that would cost much more if bought separately. The ease of use is another benefit that comes with gaming subscription services. 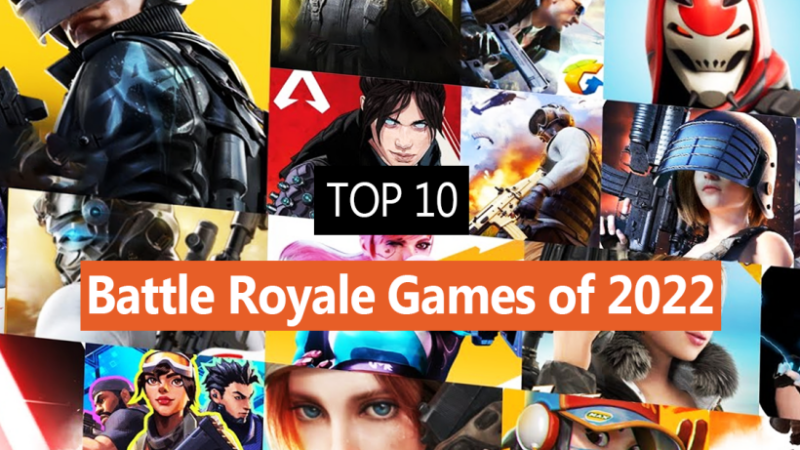 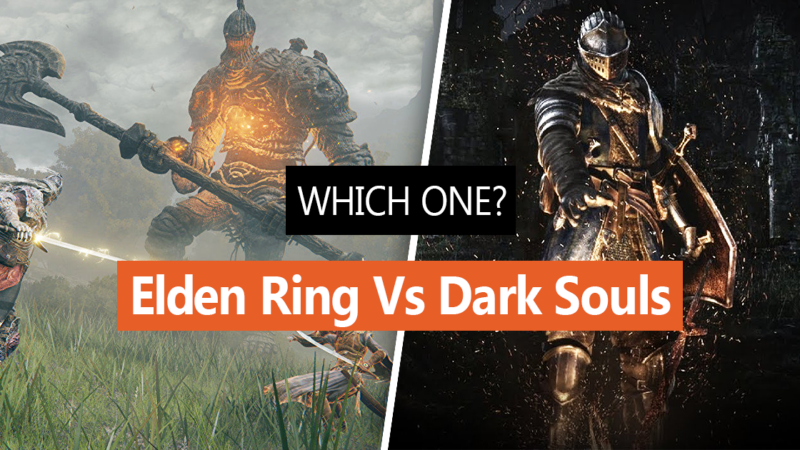