In our Elden Ring Rune Farming video, we showed you how to get to the rune farming area and shoot the birds, but not how to slay the surrounding Albinaurics and get potentially more runes. Doing so would require the use of skills with high AoE damage, like with the Dragon Breaths and Hoarfrost Stomp Ash of War. That’s why in this article, we’re gonna cover the 10 AoE Ashes of War and Spells you can use for farming Runes!  We won’t be covering the Sacred Relic Sword, which can be acquired after completing the game. Even though It is far and away the best option, as this list is meant to help you reach endgame, more than anything else.

The Ice Age may be over, but the Hoarfrost Stomp is still a viable and accessible option for Rune Farming. It has a low FP cost, adds Frost buildup and has a huge AoE. Its only downside is its relatively low damage scaling, which means you’ll have to spam it several times in order to defeat the surrounding enemies. It’s worth noting that this Ash of War scales on Int and Dex, and can be equipped on most weapons.

There are a number of Dragonfire Incantations you can use, and all of them possess a large aoe with high damage. In particular, Greyroll’s Dragon breath is a strong and easily accessible choice. It does have a large fp cost, so investing into mind or utilizing the Cerulean Hidden Tear is needed to efficiently kill the surrounding Albinaurcs in the area.

Gravitas is an Ash of War that creates a shockwave upon use, harming the surrounding enemies in an AoE. It’s not particularly strong, but it can hit most of the Albinaurics with relative ease and has a low FP cost. Also, it can be equipped on all medium to large size armaments, which is great. You can use a light off-hand weapon, such as the Rapier, to launch this Ash of War whenever the situation demands it. 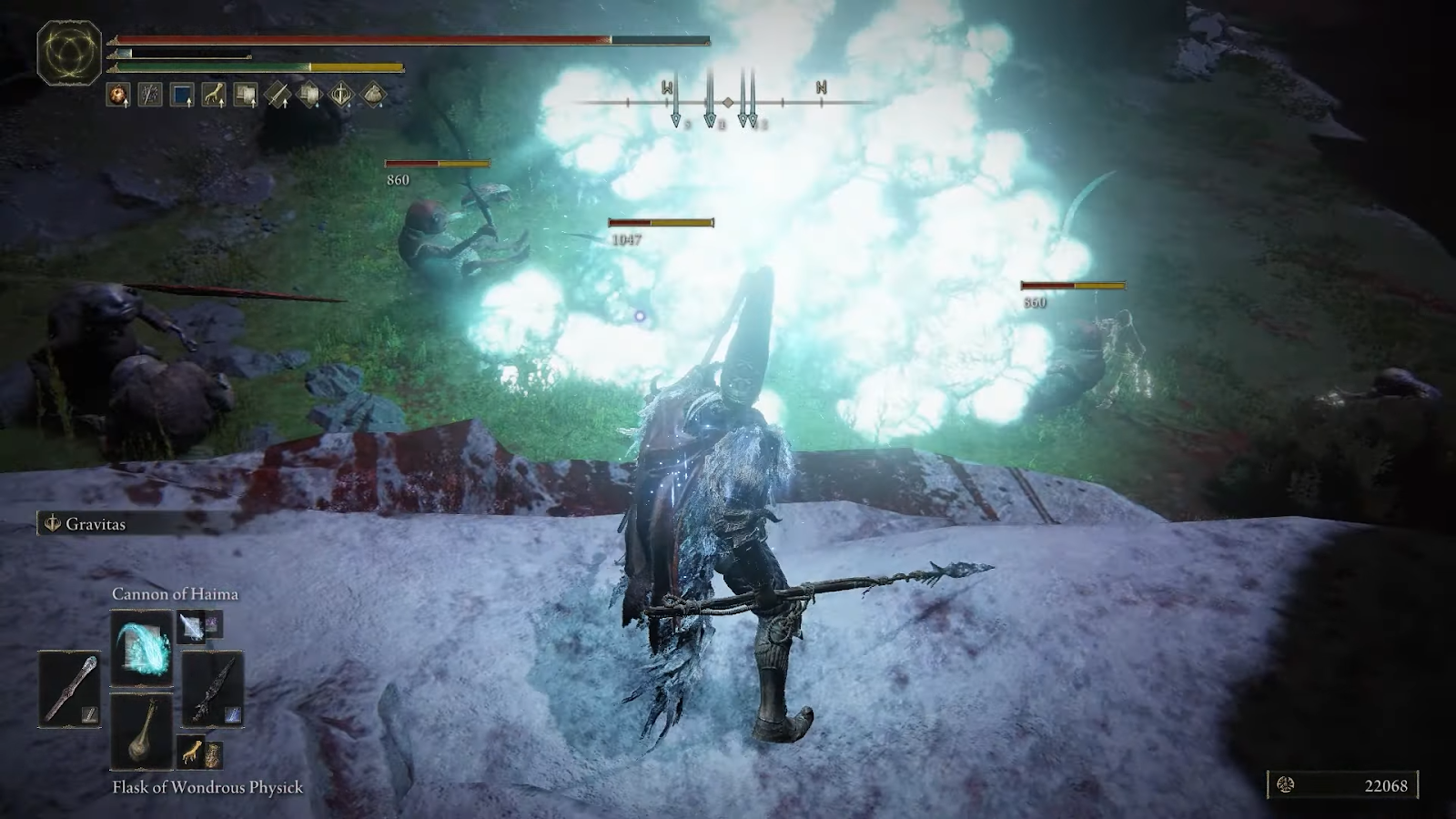 The Cannon of Helma is a popular sorcery that launches projectiles that explode on impact, dealing high AoE damage. While it does have good scalings, it has a high fp cost, like many other sorceries. The cast time is also longer than some of the other options in this list. If you’re interested in shooting magic cannonballs of destruction, then the Cannon Helma sorcery is for you!

6 – Sword of Night and Flame 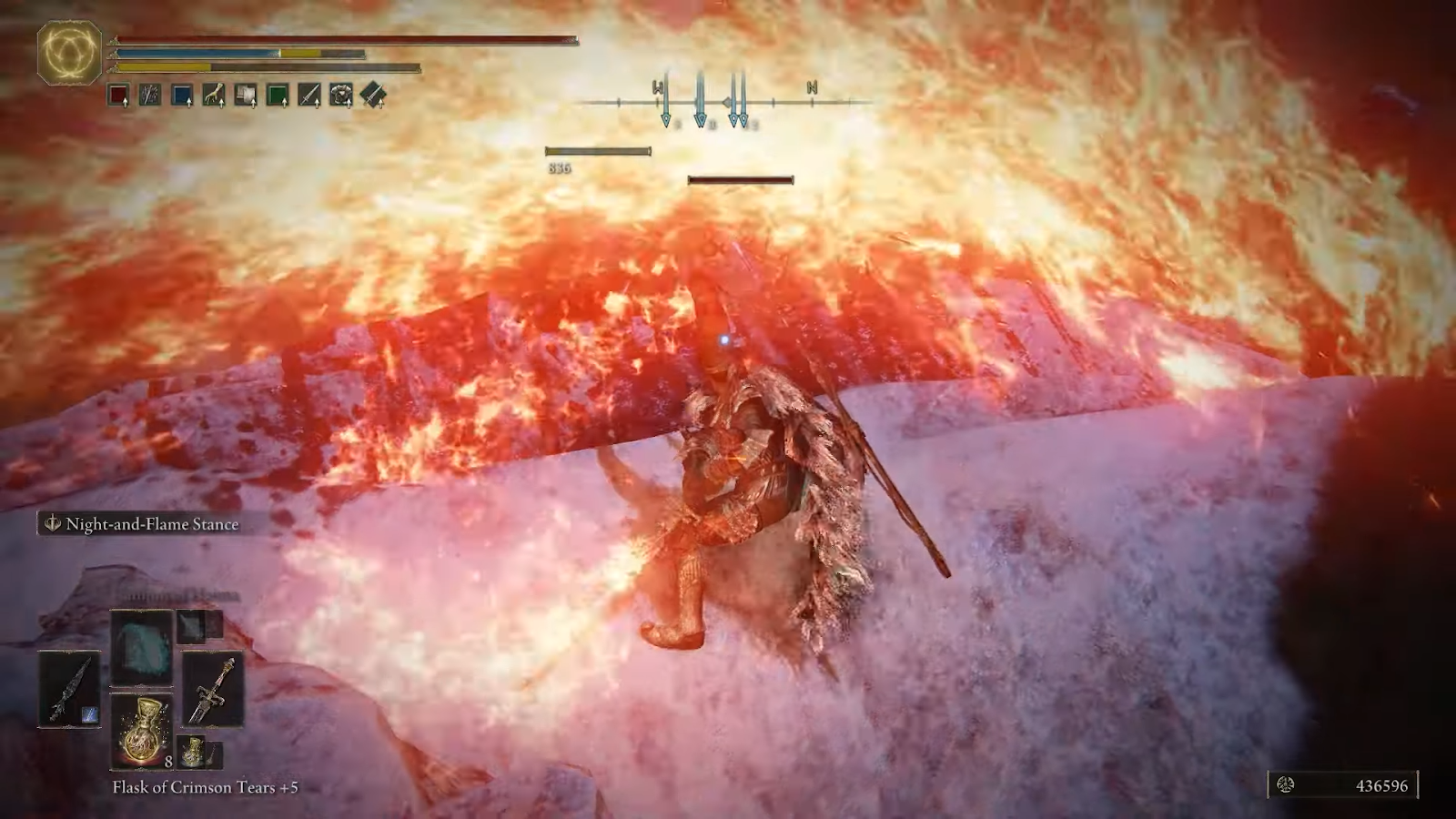 This weapon may be a shadow of its former self, but it still boasts high damage. While the laser beam may be significantly worse this patch, the often overlooked AoE flame attack only deals about 20%  less damage. And this flame attack is the reason why it’s good for Rune farming. Make no mistake though, 20% less damage is a lot, but it’s not enough to count out this weapon. It’s still super strong compared to others and is worth adding to this list. The Sword of Night and Flame requires 12 Strength, 24 Intellect and 24 Faith, making it quite hard to justify using on optimized builds. The Marika’s Soreseal or Scarseal, Great runes and other items can make reaching this requirement a lot easier. 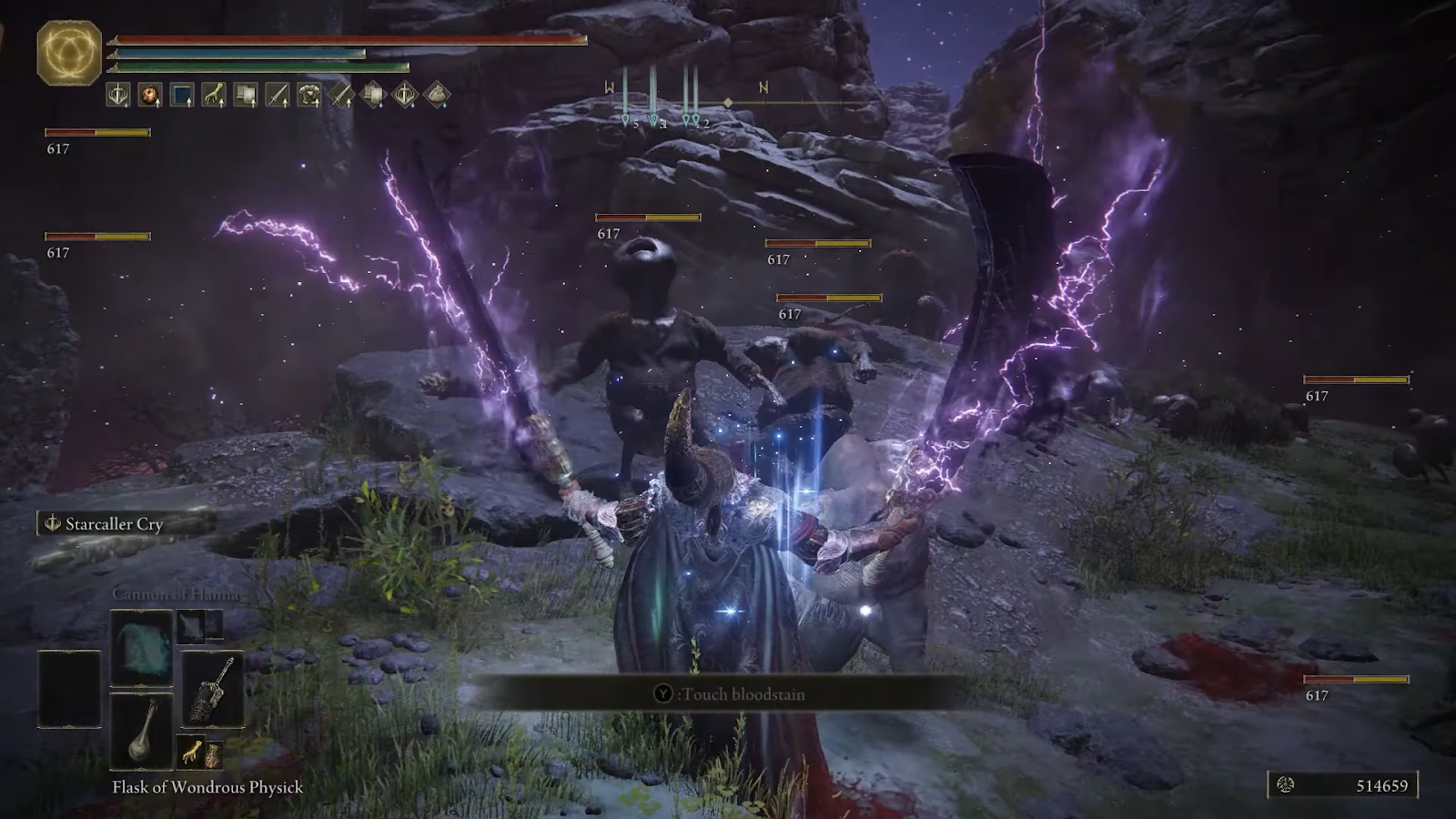 It’s not a real list without the Starscourge Greatsword, which can be redeemed after defeating Starscourge Radahn. This weapon deals incredible AoE damage, not to mention it has a crowd control effect to make it even better against mobs. It’s arguably the most versatile mob clearer in the game. Using this weapon will require 38 Strength, 12 Dexterity and 15 Intelligence. 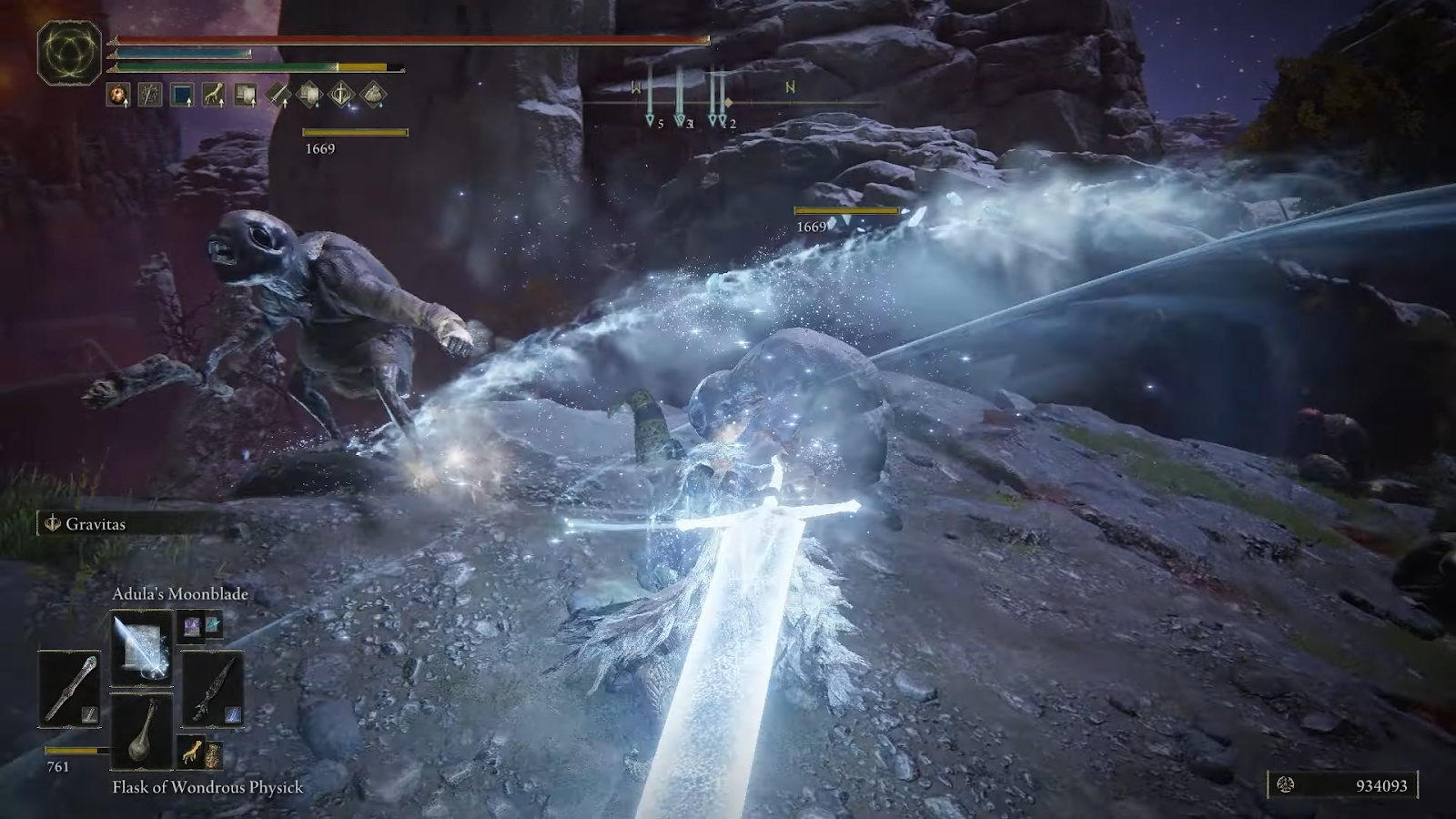 At the time of this writing, this Sorcery is notorious in PvP for its ridiculous damage and area of effect, but I haven’t exactly seen it used much in the Rune farming route. It turns out, Adula’s Moonblade is extremely effective at killing mobs swiftly and is simply one of the best sorceries you can use in Elden Ring. It actually launches two attacks per use, one for the blade and another for the projectile. Hitting enemies with the blade ensures that you deal the maximum damage possible. Furthermore, this spell can be chain casted, although the subsequent casts have different properties in that only the projectile attack is launched. Adula’s Moonblade requires 32 Intelligence, which isn’t a lot for a Sorcerer build. If you do use a sorcerer, then I highly recommend getting this spell, whether you use it for Rune farming or not. 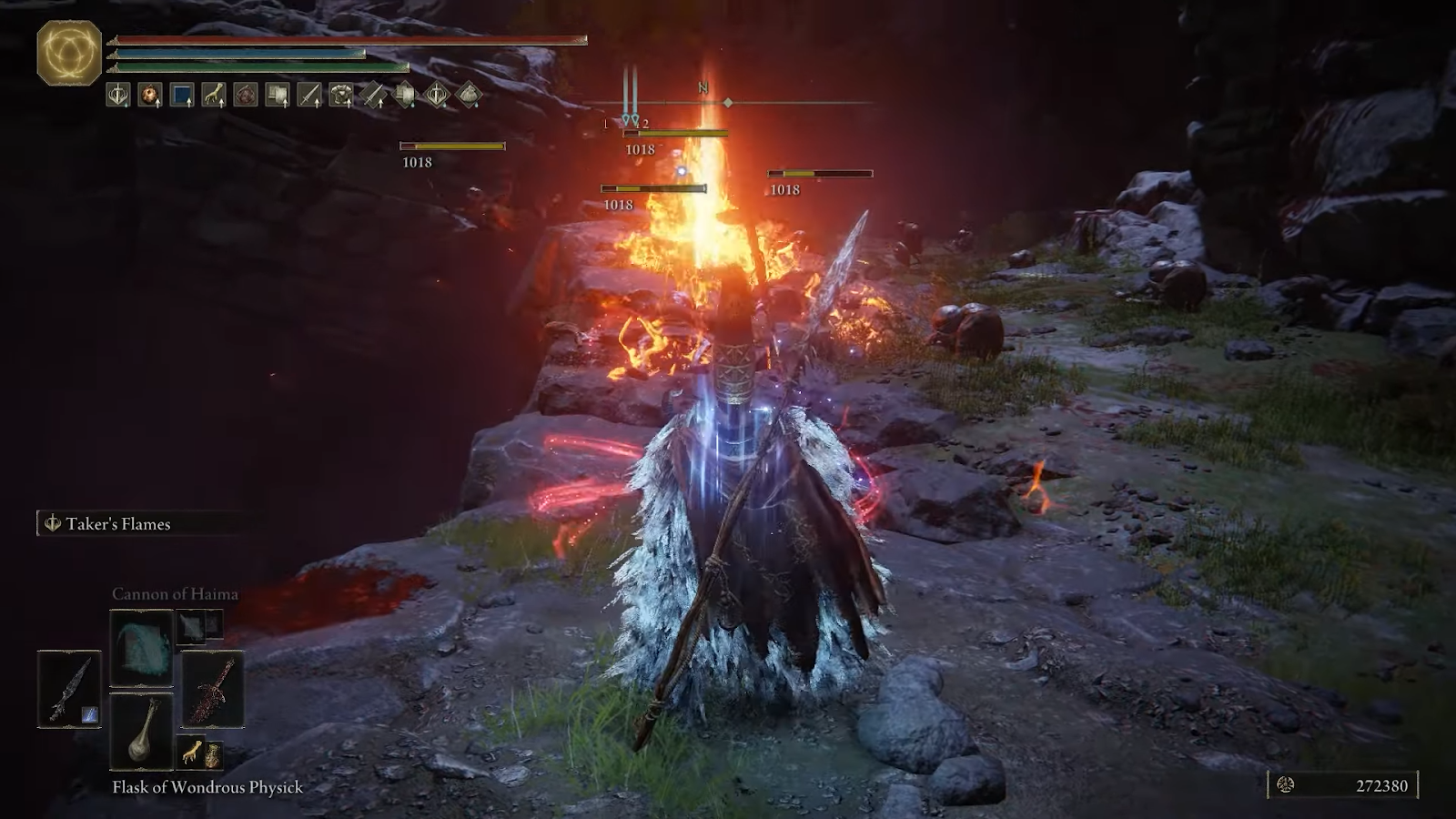 This weapon is the sacred sword of Rykard, the Lord of Blasphemy, so defeating him is required to utilize its very powerful Ash of War, which deals insane damage in an AoE. Unlike other spells and Ashes of War, this one makes up for its lower AoE with tremendous range. It can easily hit a number of the Albinaurics in a straight line and even one shot them, with sufficient investment. You will however, require 22 Strength, 15 Dexterity and 21 Faith to use this weapon. 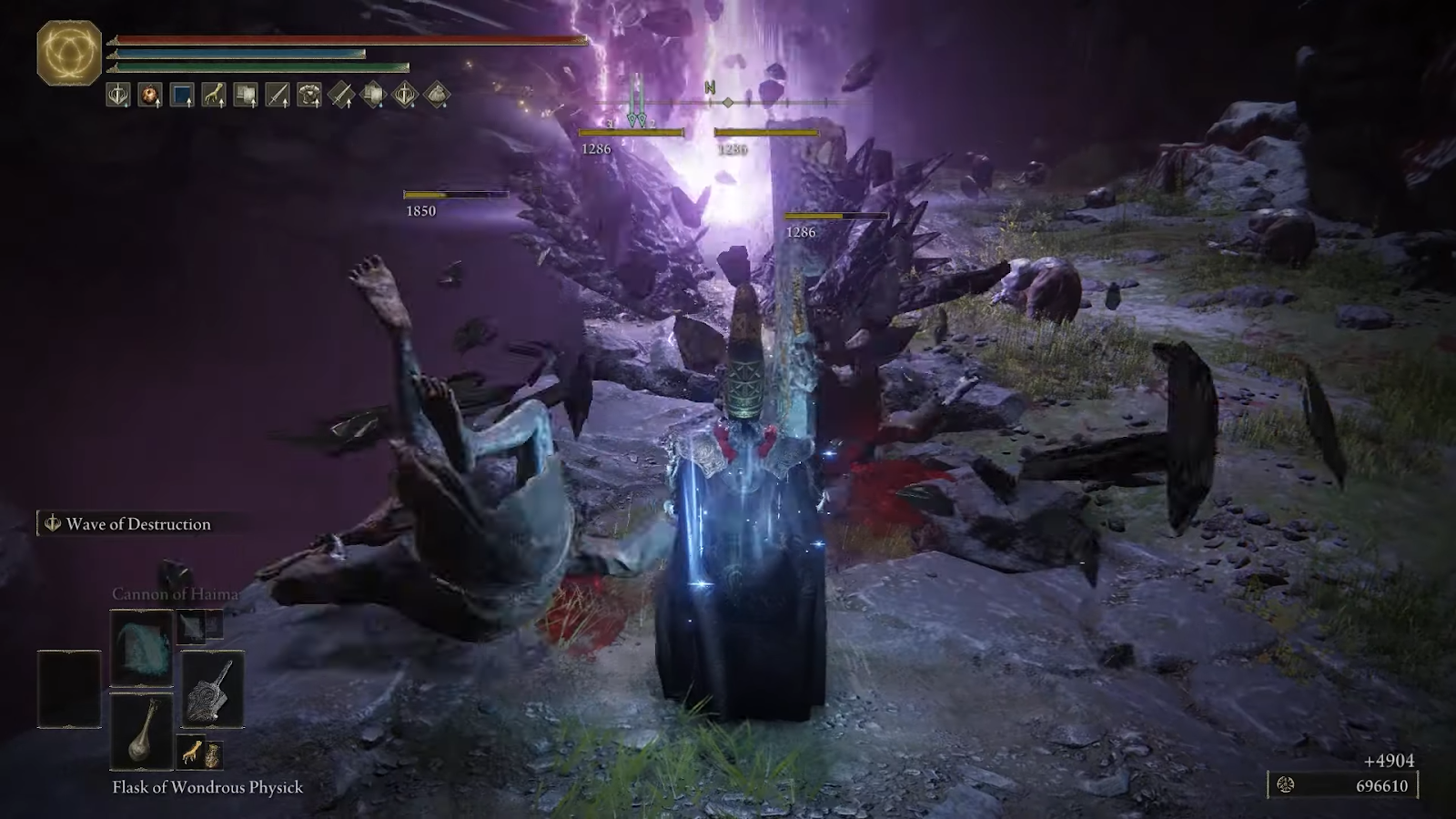 Requiring a whopping 50 Strength and 16 Intelligence, the Ruins Greatsword is a strong late game option. You’ll find that its Ash of War looks very similar to the Blasphemous Blade. And it really does, functionally. The main difference really, is the scalings. This weapon’s insane Strength scaling makes it highly optimized for Strength builds. You can line opponents up and slay them all at once, in much the same way as the Blasphemous Blade! 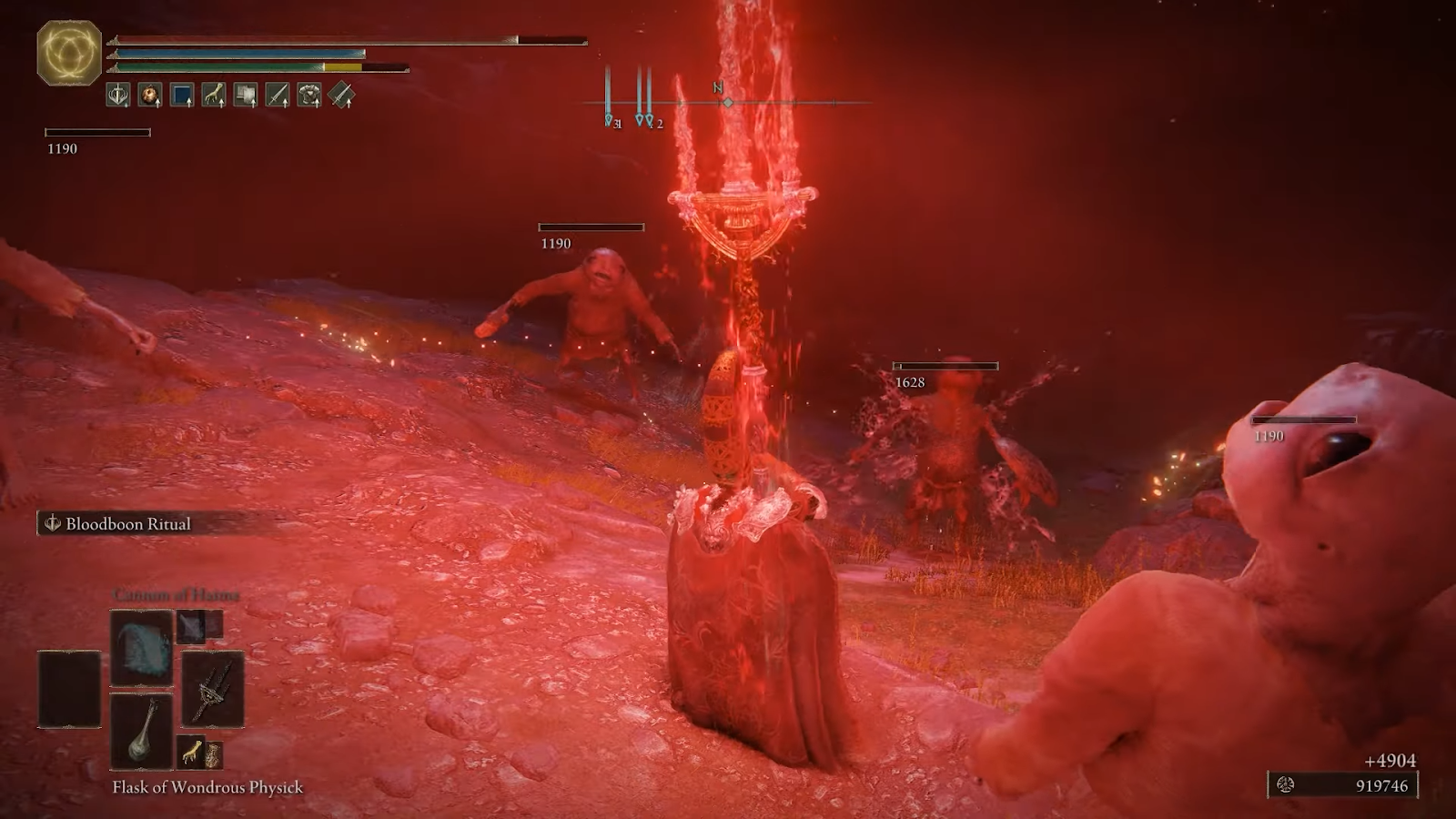 This weapon can be redeemed after defeating the boss in the Rune farming area, Lord Mohgwyn himself. Mohgwyn’s Sacred Spear is highly specialized in defeating mobs, thanks to its damage and huge AoE. Use it against the surrounding Albinaurics to get an absurd amount of runes, as you show who’s boss using their master’s Sacred Spear. Furthermore, it’s also one of the few Strength and Arcane-scaling weapons you can use in Elden Ring, requiring 24 Strength, 14 Dexterity and 27 Arcane. Both the weapon and Ash of War also fittingly deal Bleed damage, which, at the bare minimum, makes it useful in boss fights as well.

Well, that sums up our 10 AoE Spells and Ashes of War you can use for Rune Farming. What do you guys think? Are there any Ashes of War that deserve to be on this list? Let us know in the comment section below, we really wanna hear from you. Also, be sure to check out our Discord server. We love to discuss all topics, like PvP strategies, exploits and even our funny mishaps while exploring the Lands Between. 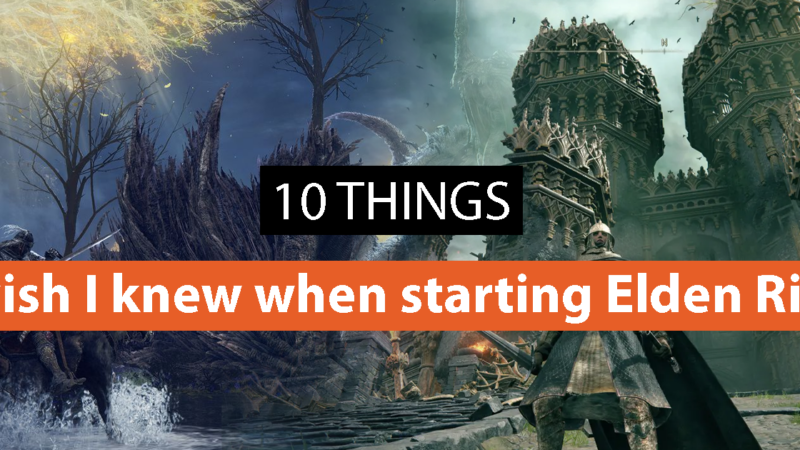 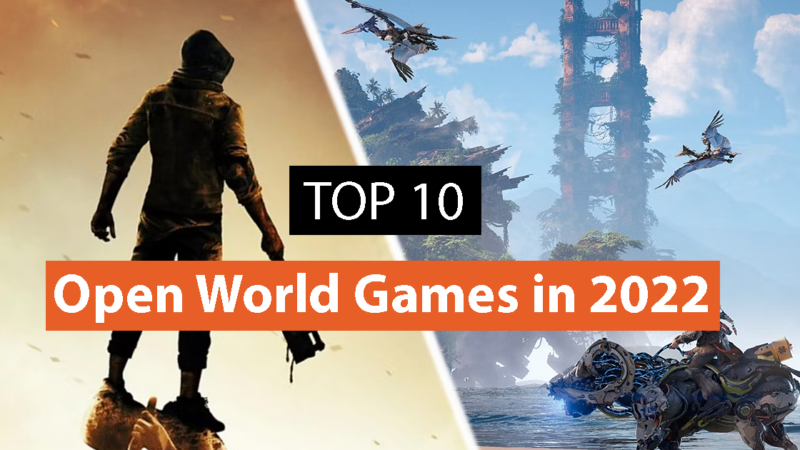