Today we’re going to cover something people rarely talk about, which is the best armor in Elden Ring. No, I don’t mean fashion, sorry Royal Remains edgelords. Specifically, I’ve calculated the poise to weight ratio of various sets, and the results are surprising. Now, of course, poise to weight ratio is different from absorption, which is another important aspect when choosing your armor. However, the armors here do have solid absorption and poise is one of the most important stats in Elden Ring, especially for PvP. While we may be ranking the armors by sets, do note that pieces of each set can differ, and utilizing the most optimal set can involve mixing and matching your armor, and altering your garments can also have a large effect. So here are the top 5 sets by Poise to Weight Ratio. Before we begin though, be sure to check out our website. At Electronic First, we give you the best games at the best prices, like Elden Ring. Also, if you like our videos, why not come on over to our Discord server? In our server, we discuss games such as Elden Ring and Pokemon Legends Arceus. Hope to see you there!

This may be our number on this list, but don’t let its placement fool you. All the sets have similar output, save for number 1. Both the Crucible Axe and Crucible Tree sets have the same poise to weight ratio, similar absorption stats, and improved Aspect of the Crucible Incantations. They are also undoubtedly some of the coolest looking sets in Elden Ring. The main difference between the two is the Crucible Axe’s marginally higher Robustness, a stat that governs the extremely common hemorrhage and frostbite status effects. For this reason, I think it’s safe to say that the Crucible Axe will almost always be the better choice. To get the Crucible Axe set, you’ll fight the two Crucible Knights in the Auriza Hero’s Grave. The Crucible Tree may be a little more challenging to acquire, as you’ll need to head to the Deeproot Depths and defeat Crucible Knight Siluria to obtain this set. For a total weight of 36.9 and poise of 58, you can’t go wrong with these sets.

The Knight set and Fingerprint set happen to possess the same weight of 25.3 and poise of 40. The Knight set can also be accessed early on by purchasing it from the Twin Maiden Husks, which is surprising considering just how good this set is. The Fingerprint set, on the other hand, can only be accessed late game in the Mountaintops of the Giants by defeating Roundtable Knight Vyke, who can be found at the Lord Contender’s Evergaol. Overall, the Knight set possesses more useful resistances in my opinion, but the Fingerprint set makes up for its lower absorption with a much higher Robustness, which again, is great for dealing with the many Bleed and Frost users in PvP. Both sets definitely have great pieces you can mix and match into your builds though, not to mention they’re pretty light. You can’t go wrong either way.

Yes, I did the math. I’m sure most of you were expecting it to be number 2, but there’s still another set that is lighter, with comparable efficiency. Regardless, the Bull-Dog-I mean Bull-Goat set is a staple for its hefty 63 weight and 100 poise. As the heaviest set in the game, not only does it provide unrivaled poise, it also gives excellent absorption. It may look a little ridiculous, but this set is insane when combined with the Bull-Goat Talisman, Great Jar Talisman, Erdtree’s Favor and a healthy amount of endurance to hit the highest poise benchmarks. In some PvP communities, this strategy is not looked up favorably, however, which is a testament to how good it is. Acquiring this set can be a little tricky though, as you’ll need to spare Patches, progress into the Volcano Manor questline and invade Great Horned Tragoth.

Our number 2 is a special case. Unlike the other sets in this list, this one doesn’t have a helmet. Its poise to weight ratio though, is very comparable to that of the Bull-Goat set, with 23 weight and 37 poise. The Mausoleum Knights drop them, headless enemies that can be found in various areas across the Lands Between, such as the Black Knives Catacombs.

Is anyone actually surprised? This set, for whatever reason, is so much more efficient than the rest with its 45 weight and ridiculous 79 poise. It also looks amazing for such a broken armor, which is an uncommon occurrence in Elden Ring. To get the Veteran’s set, you will need to travel to the Mountaintops of the Giants and defeat Commander Niall. Once you do, you’ll be able to purchase the entire set from Finger Reader Enia in the Roundtable Hold. Getting the best set in this list is that easy guys!

Now of course, these are just the best sets, ranked by their poise to weight ratio. Mixing and matching pieces, especially with the many helmets that can grant special effects opens up another can of worms. This is just a reference for you to decide what sets are good for achieving high poise to armor through enemies in PvE or reach the many desirable poise breakpoints in PvP. What do you guys think? Do let us know in the comment section below, we really wanna hear from you. And for everything gaming, remember to stay with us at Electronic First. Also, be sure to check out our Discord server, where we talk about the latest and upcoming games. 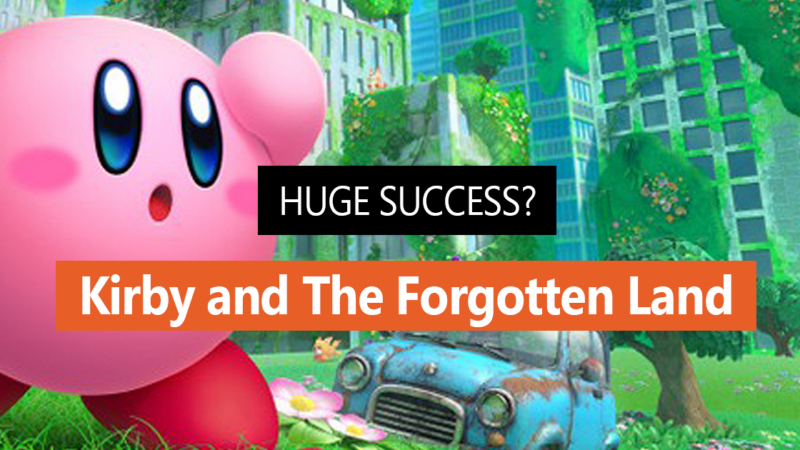 Why Kirby and The Forgotten Land will be a huge success
March 24, 2022