In Elden Ring, there are a lot of obtainable that can be found. Some of these treasures can only be acquired through the use of Stone Sword Keys, an item used to unlock new areas by unsealing the Imp Stone Statues scattered all across the Lands Between. Not all of these items are useful, however, and some are worth prioritizing above others. That’s why in this article, I’ll be covering the 7 best Imp Stone Statues you can unlock in Elden Ring. This won’t be a full tutorial for clearing some of the dungeons mentioned in this list, otherwise, this guide would be extremely long. If you do want in-depth tutorials for some of the difficult dungeons in Elden Ring, please let us know in the comment section below.

7- East of the Rampart Tower Statue One of the most useful weapons in the game is deceptively hiding just east of the Rampart Tower site of Grace, inside a room with just a few enemies in Stormveil Castle. The Misericorde is an infusible dagger, whose main niche lies in its very high Crit stat of 140. This can be combined with Poise breaking attacks to take full advantage of Misericorde’s insanely strong critical strike. It’s especially popular in PvP, where Golden Retaliation is often used to poise break and set up massive damage. Also, it has more range than most daggers in the game, making it a versatile off-hand weapon for virtually all builds. Its requirements are also extremely low, as you will only need 7 Strength and 12 Dexterity to use this weapon. Overall, the Misericorde is a must-have for your arsenal and one that shouldn’t be slept on. With its low weight of two, there is a little opportunity cost in using it regularly. 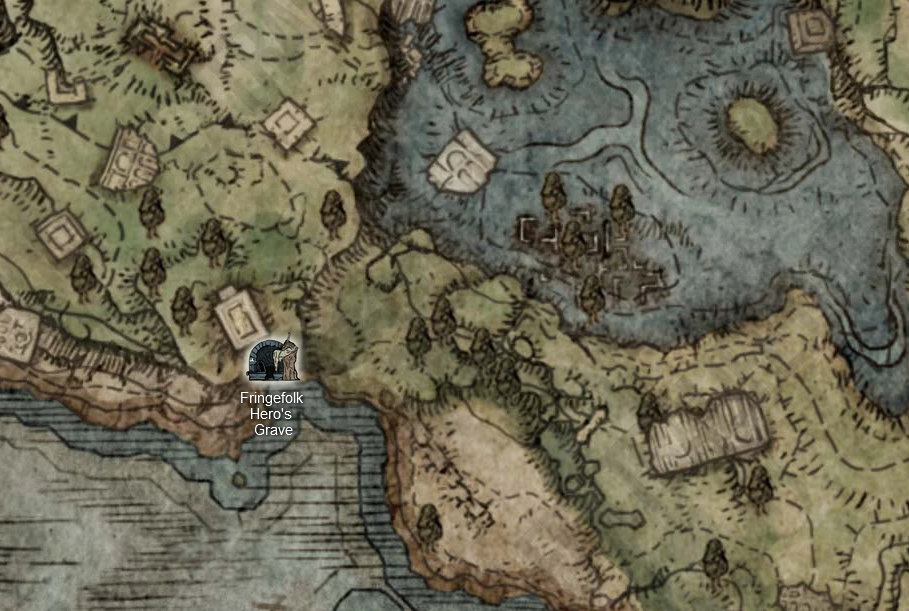 Even though accessing this area may require two Stonesword Keys, the rewards for clearing it are definitely worthwhile. This is especially significant because it is the first Stone Statue you come across in your journey, situated in the Stranded Graveyard. Clearing this dungeon might not be an easy task for beginners though. In it, you’ll find a pool of poison, deadly chariots, who will one shot most players, as well as two Grafted Scions and an Ulcerated Tree Spirit at the end of the dungeon.

Defeat the Tree Spirit to obtain a Golden Seed and the Banished Knight Oleg Spirit Summon. This Dual-Greatsword wielding Banished Knight summon is often regarded to be among the best summons in the game for his incredible tankiness, poise breaking ability, and damage. But that’s not all! The Erdtree’s Favor, a Talisman that raises max HP, stamina, and equip load, can also be found in a secret area beneath the bridge at the beginning. A Stonesword Key can also be found, which effectively refunds the two Stonesword Keys you used to get here. Again, this place gives you a Golden Seed, a top tier summon and a useful, albeit outclassed Talisman later game. 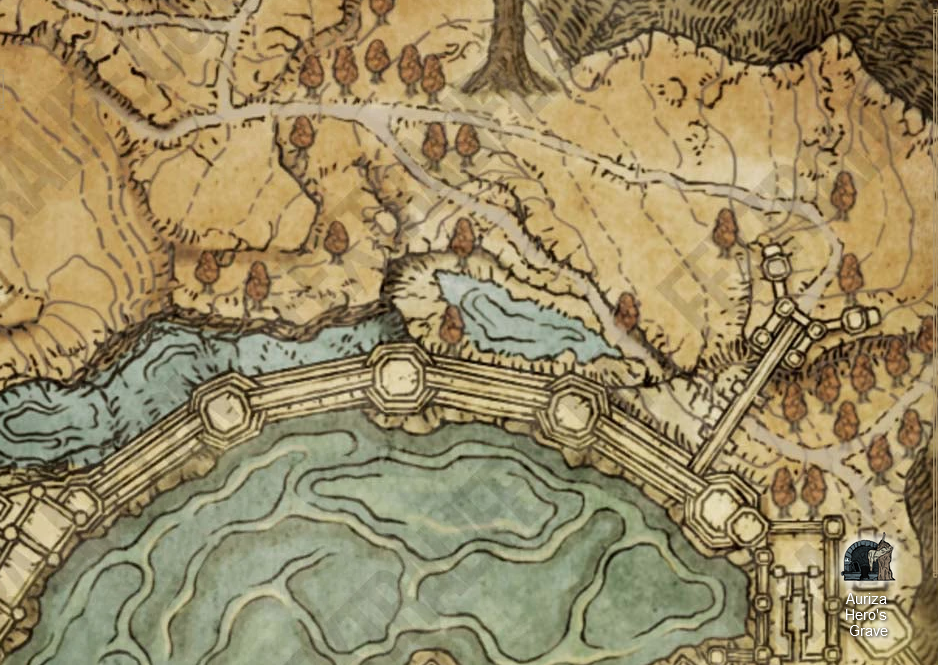 This is yet another Hero’s Grave with useful rewards. However, unlike the other Hero’s Grave, only one stone key is required to enter it. Inside, you’ll also find chariot devices. And it’s also way more challenging in its layout. Just ahead of the site of Grace lies another Imp Stone Statue, where the Golden Epitaph can be obtained. This weapon requires 12 Strength, 10 Dexterity and 14 Faith to wield and has its own unique Ash of War that grants your weapon Sacred Affinity. It seems to work similarly to the Shared Order Ash of War and definitely has potential for Faith builds. You can also find the Crucible Feather Talisman underneath the Chariot halls by dropping down through the opening. Explore the area until you find a small room guarded by an Omen. The Talisman can be found on a corpse behind the omen. Its effect is questionable though, giving your dodge rolls about 6 more I-frames at the cost of receiving 20% more damage. What makes this even more questionable is that you could just use the Quick Step, Bloodhound Step to easily evade most attacks at the cost of a meager amount of FP.

After collecting the Talisman, head back to the Chariot Hall to acquire the Tree Sentinel set next. Doing so will require you to destroy three specific chariots, which is a little tricky to perform. For more info, please read the pinned comment below. While evading the chariots may be hard, all this pales in comparison when you reach the field boss, a cruel greeting for all your efforts. If you’ve fought Crucible Knights before and found them challenging, then boy will you enjoy this one. Because you’ll not be fighting one, but two of them simultaneously. Specifically, the spear-wielding Crucible Knight and Crucible Knight Ordovis, who uses a greatsword. Without a strong build, winning this fight may prove to be a challenge, especially if you don’t have a strong summon like the Mimic Tear. Should you die though, FromSoftware had the uncharacteristic decency to place a Stake of Marika just outside of the Boss chamber, so you can die as many times as you need to until you find the right strategy. Personally, I used various spells to swiftly kill them.

After a painful fight, you are rewarded with the entire Crucible Axe set and Ordovis’s Greatsword. Ordovis’s Greatsword requires 25 Strength, 13 Dexterity and 15 Faith. This is quite decent for a faith scaling weapon, but its Ash of War is a little laggy and has a high FP cost. If you like the whole Crucible Knight aesthetic though, then you’d benefit much from acquiring this set. It also comes with better absorption than most armor sets around, making this awesome armor as functional as it is flashy.

4 – The cavern in Summonwater Village 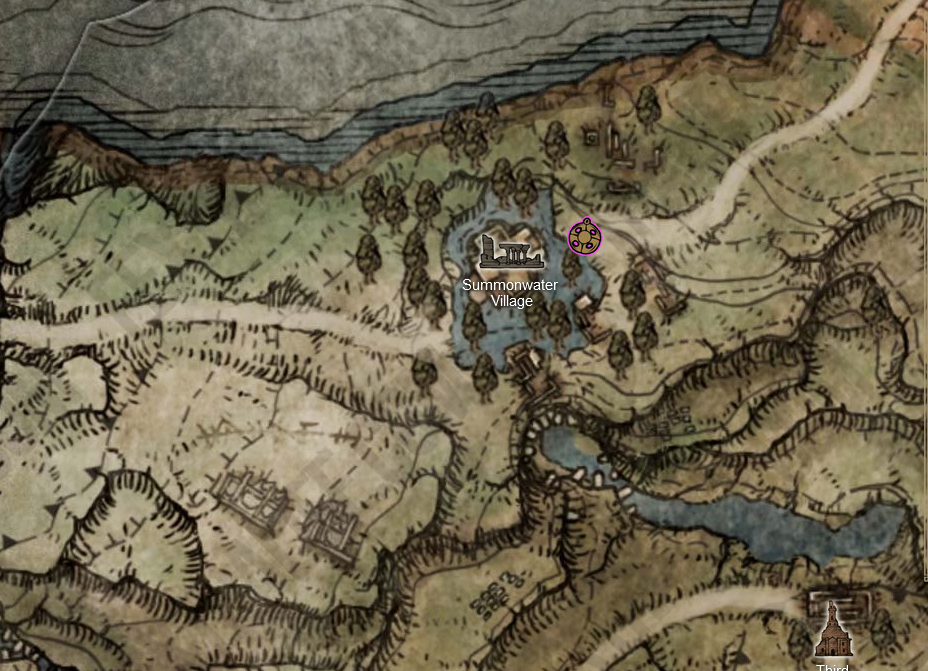 Within Summonwater Village lies an underground cavern, requiring one Stonesword key to unlock. The area is filled with dog- I mean turtles inside. Don’t be alarmed with the “dog-ahead” messages surrounding the area, as these dogs are peaceful and do not attack the player.

The deceptively useful Green Turtle Talisman lies just ahead past the turtles. This talisman offers an increase in Stamina regeneration speed by 20%, which is a godsend for all playstyles alike. It’s also a popular option in PvP for aggressive players utilizing the Bloodhound Step. Considering how easy it is to get, acquiring the Green Dog Talisman is really a no brainer!

3 – The southern lower levels of Elphael, Brace of the Haligtree 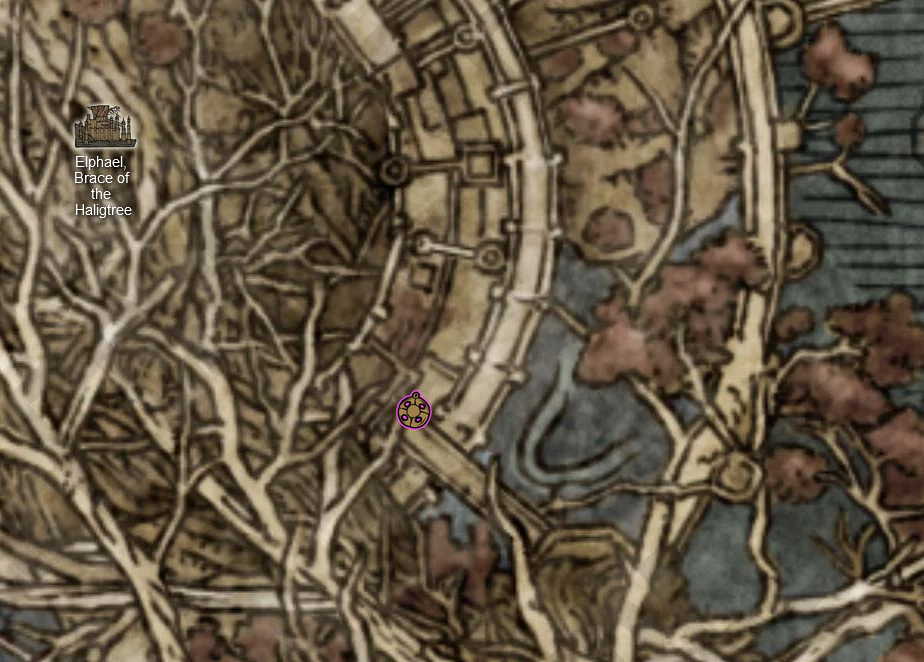 The Brace of the Haligtree is one of the endgame areas in Elden Ring, so it is of course wrought with many treasures. Arguably its most prized one, Marika’s Soreseal, can be found in the southern lower levels of Elphael. Marika’s Soreseal grants plus five to the wearer’s mind, intelligence, faith, and arcane at the cost of receiving 15% more damage, which is especially effective at fulfilling requirements for certain incantations with Intelligence and Arcane. While it may not be as universally applicable as Radagon’s Soreseal, Marika’s Soreseal is still a godsend for most casters out there.

2 – Near the Rampart Tower Site of Grace You can find this sealed area by teleporting to the Rampart Tower Site of Grace and heading out the door to the roof below. On the left side of the roof, there will be two separate areas you can drop down to. Drop down to the one without stairs on it, and drop down again, then go down the steps and you’ll find the sealed area guarded by some rats. Inside, you will find the Godskin Prayerbook and the Godslayer’s Seal. The Godskin Prayerbook gives you access to the Black Flame and Black Flame Blade Incantations. Blackflame has a unique property in that it also deals a fixed amount of damage based on a percentage of the enemy’s HP. As you’d expect, they work especially well against bosses. You’ll only really like the Blackflame, which has decent frame data and is a viable Incantation for endgame. In contrast, the Blackflame Blade, which infuses your weapon with Black Flames, offers little benefit with its paltry six seconds duration and laggy setup animation. Although the real prize may be the Godslayer’s Seal, a Sacred Seal that buffs the damage of Godskin Incantations by 10%. Keep in mind that this increase only applies to the actual Incantation’s damage, and does not affect the fixed damage from the many Black Flame Incantations. Still, if you’re looking to deal tons of damage with a Faith build, then you may as well try Blackflame Incantations out, which work well in endgame and especially well in New Game+. Just east of the Night’s Sacred Ground lies potentially the strongest summon in the game. By now, the Mimic Tear is well known to be an extremely overpowered summon, and even after the recent nerf, it’s still a contender for the best Spirit Summon in the game. Unlike other summons, the Mimic Tear uses a chunk of your HP on cast, rather than FP. What spawns is a copy of yourself, utilizing the same armor, weapons, spells, Incantations, and even consumables. Now, making full use of this summon is the challenge. After all, even though the Mimic Tear is essentially a copy of the player, they are controlled by an AI and will fight differently from you. Utilizing the right set is essential for making the most of your Mimic Tear. If you’d like to trivialize much of the game’s boss fights, then the Mimic Tear is an almost must-have for improving your survivability and damage output.

Well, these are our 7 Best Imp Stone Statues to Unlock in Elden Ring. What do you guys think? Do you agree with our list? Let us know in the comment section below, we really wanna hear from you. And for everything gaming, stick with us at Electronic First, where we give you guides, reviews, and news on the latest and upcoming games. Also, be sure to check out our Discord server. We love to discuss all topics, like PvP strategies, exploits, and even our funny mishaps while exploring the Lands Between. 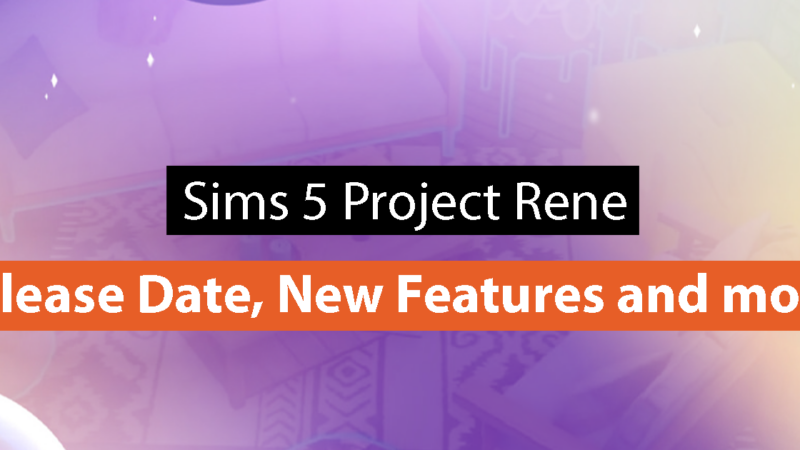 The Sims 5 Project Rene: Release Date, New Features and everything you need to know
January 11, 2023 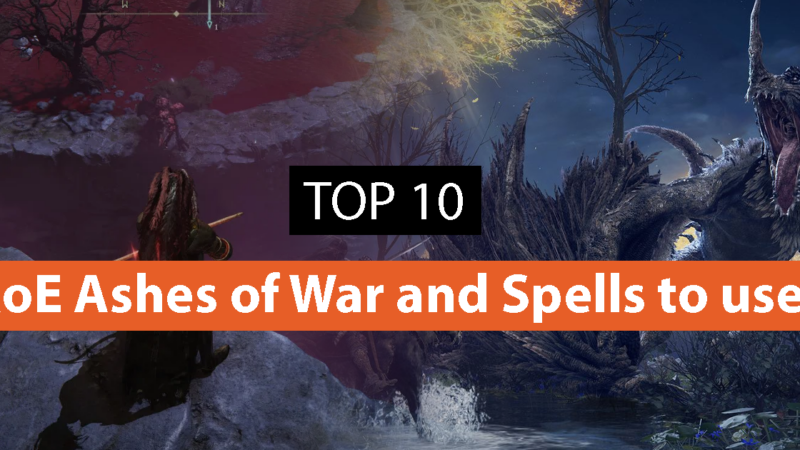