Hey everyone! Arihead here from Electronic First and today, I’m going to be talking about Hogwarts Legacy. As a Harry Potter fan, I’m really excited about this one. We’re gonna go over the ten things to look forward to in Hogwarts Legacy. And thanks to the recent Playstation State of Play video, boy is there a lot of ground to cover here. Oh, and if you’re worried about it being a PS exclusive, it’s already been confirmed to release on virtually all modern platforms. That includes the Xbox One and Series x, Windows and even the Nintendo Switch.

Hogwarts Legacy is developed by Avalanche Software, it’s quite fittingly set to release sometime this Christmas. The company was owned by Disney since 2005 and created various Disney titles. Disney Infinity, being their flagship series for a long time, suffered greatly from the decline in “toys to life” games and closed the company in 2016, where it was shortly acquired by Warner Bros, so it seems that Hogwarts Legacy has been brewing up all this time. While this may be a Wizarding World game, don’t expect to see familiar faces, as the events are set in the year 1890, which just so happens to be 2 years before Albus Dumbledore attends Hogwarts. Before we move on to the list though, remember to check out our website. At Electronic First, we give you the best games at the best prices, including Hogwarts Legacy, where you will be able to pre order it and get your hands on the game as early as possible. Also, be sure to join our Discord server, where we talk about games such as Elden Ring and Pokemon Legends Arceus. So if you like our articles, remember to come on over!

Hogwarts Legacy’s Character Customization looks quite impressive. Granted, they haven’t really shown a lot, but I have a good feeling that it will offer expansive options, allowing you to create a witch or wizard to your liking. Moreover, they’ve revealed various outfits in the State of Play video. Will we be able to mix and match? That remains to be seen, but I nonetheless have my hopes high in this regard. They wouldn’t advertise “forging your own faith” and stuff, without providing a strong character creator and various customization options.

The story of Hogwarts Legacy takes place in the year 1890, in the quaint Scottish Highlands. For reasons untold, players start as a new 5th year student in Hogwarts. Through the iconic Sorting Hat, players can join one of 4 houses: Gryffindor, Hufflepuff, Ravenclaw, and Slytherin. Each house has a common room, with their own distinct styles and interesting characters. The Official FAQ states that players will go on a dangerous journey to “uncover a hidden truth of the wizarding world.” This might have something to do with your character’s prowess in Ancient Magic, which can be wielded to unlock secrets and defeat foes with terrifying might. Somewhere along the way, you get caught up in a Goblin Rebellion, led by Ranrok, who wields powerful wandless magic. What’s worse, the Dark Witches and Wizards seem to be aiding them. Many creatures have also been corrupted by a magical force, so it’s possible that The Dark Wizards and Goblins are also behind this. Suffice to say, your time in Hogwarts will be far from peaceful, as you fight amidst this great conflict.

Now, this is not something the Harry Potter Games are known for, as they restrict your exploration to just Hogwarts, or wherever the narrative leads Harry. Hogwarts Legacy doesn’t do this and actually goes further than most open worlds we’ve seen. Not only can you explore and uncover the secrets of Hogwarts, but you’ll also be able to visit other familiar places, such as Hogsmeade, The Great Lake, the Forbidden Forest, and the Ministry of Magic. Now, given how large the map actually seems to be, coupled with the fact that you can fly around with a broomstick, Hippogriff, or another method, we can at least expect a relatively large open world, which brings us to

Flying is the primary form of transportation in the Wizarding World and is a key gameplay element in Hogwarts Legacy. The only confirmed means of travel so far is through Broomsticks and Hippogriffs. There are many other ways you can fly in the wizarding world, however. The Thestral, flying carpet and even flying cars are potential means of travel. How each method differs from one another remains to be seen. After all, I don’t see how a broomstick will fly the exact same way a Hippogriff would. So far, racing challenges and flying classes have been confirmed in the game, but there has been no mention of a Quidditch minigame yet, unfortunately.

Of course, you can’t do it all alone, unless you’re really bad at making friends. Just like Harry Potter, you can befriend students and let them accompany you in your adventures. Your friends can hold their own and assist you in combat against the many enemies of the Wizarding World. So far, three companions have been revealed: Natsai Onai, a Gryffindor student who wants to be a heroine and loves the thrill of adventure, Poppy Sweeting, a Hufflepuff Student and animal lover who connects better with magical beasts than she does with humans. Lastly, Sebastian Sallow is a mischievous Slytherin student that seems to get into trouble a lot. He doesn’t seem like a bad guy, but his family has been stated to have a dark past.

The most exciting thing about the Wizarding World is of course, Wizard Duels. We’ve seen imagined great duels in the books, and we’ve had impressive duels in the movies, but the Harry Potter games never truly did it justice. With a fleshed out skill tree, tons of spells, and fast paced combat, Hogwarts Legacy may depict Wizard Duels better than the movies even could. In fact, the game appears to be quite combat-oriented, as it’s been indicated that many enemies roam the open world, including Goblins, Dark Wizards and Magical Beasts. The game even features a stealth system with invisibility to sneakily dispatch enemies. The way combat functions is entirely up to you, and that’s part of what makes the combat special. Room for customization always leads to replay-ability, giving players incentive to try out various builds and explore their creative ideas. I’m really looking forward to it!

There are numerous magical objects one can utilize in the Wizarding World. The Mandrake and potions have been confirmed to make an appearance. Mandrakes can be used to stun opponents. In theory, this plant can be extremely powerful. After all, Mature Mandrakes have the ability to slay anyone who hears its screams. The art of brewing potions may also be an important feature in Hogwarts Legacy, as it’s one of the subjects you’ll be studying. I would like to see an alchemy system much like the one in Skyrim, which allows you to combine various effects into one potion, using the many ingredients found in the province. The importance of potions also leads me to believe that ingredients can be procured all over the map. Now, you may not have noticed this, but fallen enemies can be looted when slain, as seen from the stealth gameplay. Clothing and armor may even provide various effects to aid you in combat.

Now, perhaps the most iconic magic object, the wand, is known to choose its wielder, so equipping different wands would be incredibly “unimmersive” for a Harry Potter game. That being said, I don’t think wand upgrades and customizations are completely out of the question. Who knows, we may even see the Deathly Hallows make an appearance. The Elder Wand, Invisibility Cloak, and Resurrection Stone’s applications make a lot of sense in a game like this.

3. Room of Requirement and Vivarium

In Hogwarts, there is a secret room called the Room of Requirement. The room is likely to function as the player’s base of operations, where potions are brewed, plants are harvested and gear is upgraded. I’m most excited for the Vivarium, a sort of customizable pocket dimension used to house magical beasts. How you can interact with these magical beasts remains to be seen. I think fighting alongside them in combat would be really fun. Maybe the Vivarium could even be used to train them. I’m not expecting Pokemon-esque game-play, but I am hoping they make this activity worth your time with useful rewards and other things.

Not only does Hogwarts Legacy feature day and night cycles, it has dynamic seasons that change as time passes. Letting players see the beautiful Scottish Highlands in four seasons was certainly a great decision by Avalanche Software. Actually, it’s unclear how time even works in Hogwarts Legacy. Will you have only one school year, or potentially more? These are some of the major questions fans are asking now. I guess you could say… Only time will tell.

From the State of Play footage we’ve seen, the game looks absolutely stunning on PS5. Not only that, but it’s clear they’ve put a lot of care into the representations and visuals of the Harry Potter world. Also, thanks to Motion Capture technology, NPCs also look realistic and blink, talk and move the way actual humans would. It amazes me how they could create such an authentic-looking Wizarding World. It couldn’t be more immersive. The way magic is animated should also get a lot of credit.

Well, that covers the 10 things to look forward to in Hogwarts Legacy. I don’t think anyone was expecting it to look this good. This is the company that made Disney Infinity and other Disney games. They are not known for producing titles as ambitious as this, but you can tell they’ve put their heart and souls into this project to create the magical experience Harry Potter fans have been searching for two decades. What do you guys think? Let us know in the comment section below, we really wanna hear from you. And while you’re at it, why not join our Discord server, where we talk about various games, such as Elden Ring and Pokemon Legends Arceus. This is Arihead, signing out! See you in the next one! 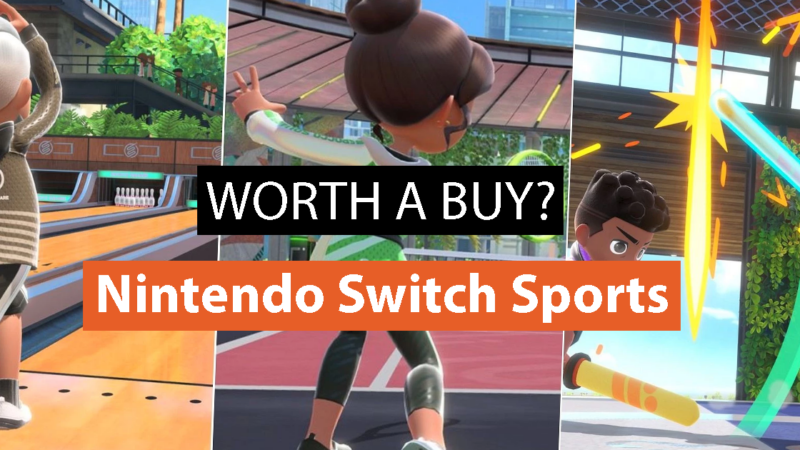