Thought out and created by a group of programmers, DOOM is a first-person shooter game that was released in 2016. The game was developed by id Software and published by Bethesda Softworks.

It is available to play on PC, PS4, and Xbox One. The game is based on an ancient warrior known as DOOM Slayer who was awakened after an invasion to save the planet from hell forces. The goal of this game is to defeat the hell forces using guns and weapons to save the planet.

DOOM 201 is a fast-paced game. You will see that the character is capable of sprinting, double jumping, and mantling. The DOOM Slayer (main playable character) is faster than almost every demon in the game. The movement is the key to both offense and defense in the game. The DOOM Slayer can make large jumps, climb steep objects, and take relatively large falls with no damage, thanks to the weaker gravity of the planet.

A karate system is also included in the game which is missing in its previous installments. In this system, you can engage demons in melee combat. Killing enemies using melee weapons also known as Glory Kills.

The following are the game modes of the DOOM,

This game has a single-player campaign mode but you can play multiplayer mode with your friends as well. In short, DOOM is an action-packed game with modern and smooth graphics.

Shadow Warrior 3 is an upcoming DOOM-like first-person shooter game but with ninja-style gameplay. The developers of the game have not yet disclosed the date of release but it is surely in the current year. Shadow Warrior 3 is a fast-paced game developed by Flying Wild Hog and published by Devolver Digital.

Shadow Warrior 3 is the sequel to Shadow Warrior 2 2016 and the 2013 reboot of Shadow Warrior. This game is a mixture of fast-paced gunplay, sharp melee combat, and a free-running movement system to attack enemies and defend yourself. The game is based on Lo Wang who is armed with guns and melee weapons set on a mission to recapture an ancient dragon they unwillingly unleashed from its eternal prison.

The interesting combat system is a mixture of firepower with precise katana strikes. A wide range of movement options includes air dashes, wall running, double jumps, and the fancy new grappling hook busts. The movement options are added in the game to make your combat intense and dynamic in every battle. As the player progresses in the game, new weapons and gadgets are unlocked which can assist in combat with stronger enemies. Among all Shadow Warrior games, it is the first game to feature a grappling hook, wall running, and executions. Unlike DOOM, Shadow Warrior 3 lacks multiplayer mode. However, the game will be available to play on PC, PlayStation, and Xbox One.

You can watch the launch trailer of the game here.

10 similarities between DOOM and Shadow Warrior 3

After watching the launch trailer of Shadow Warrior 3, it looks like the developers have some exciting new features in the gameplay with improved graphics as compared to previous Shadow Warrior installments. However, the concept of the game greatly resembles DOOM.

Let’s find what both games have in common.

Both are fast-paced First-Person Shooter

Both Shadow Warrior 3 and DOOM are first-person shooter games with some melee weapons addition, for close-range combat. In both games, a player needs to move around space using jumps and sprinting to dodge and attack enemies. Both are 3D corridor-like shooting games where enemies are attacking from all angles. In both games, it becomes necessary to take constant awareness of every object in the arena to survive and defend yourself from fearless enemies.

Both games have enemies continuously surrounding the player and attacking from various directions. As the game proceeds, the difficulty level increases with enemies getting stronger with each level. However, players can upgrade to advanced weapons and unlock more damaging attacks. Shadow Warrior 3 and DOOM both have intricate gunplay and frenetic action.

Both games use a combination of guns and melee weapons to fight with the enemies in endless ways. The story of DOOM is based on an ancient warrior named DOOM Slayer whereas in Shadow Warrior the main character of the story is Lo Wang. Both are the playable characters of the game that you play with. The playing style of DOOM is based on a robot that uses explosives and guns primarily to defeat enemies and the suit helps in fast movements. On the other hand, Shadow warrior focuses on ninja-style gameplay in which Lo Wang uses its acrobatic moves in battles.

As explained above, the protagonist in DOOM is DOOM Slayer and Lo Wang in Shadow Warrior 3. A player has to understand the mental and physical strength of the protagonist to control and make the most of it in combat. The DOOM Slayer is a faceless and nameless marine.

As the games are first-person so you can’t see the full appearance of the character, however, having a sense of their physical nature allows players to feel and enjoy combat. The DOOM presents more future-style gameplay and atmosphere whereas Shadow Warrior 3 presents combats in traditional Japan based on ninja. The DOOM Slayer has powers but Lo Wang has fitness.

One of the main similarities between DOOM and Shadow Warrior 3 is common types of weapons. Shadow Warrior 3 features a mix of blades and guns as it is based on a ninja. The DOOM features more guns and fewer melee weapons.

You can see shotguns, plasma guns, rocket launchers, chainsaws, and double barrel shotguns in DOOM with grenades and even the BFG. In Shadow Warrior 3, you will see automatic rifles and a handful of submachine guns. In addition to that, when unequipping the guns, he will fight like a samurai with arrows and blades assassinating the enemies.

The loot system is an interesting feature that is similar in both games. When you kill an enemy in the games, you can collect the weapon dropped near it and use it against them. You can use the enemies’ weapons to your advantage.

The player character can pick up several guns and items that increase their power or abilities, such as spells, equipment, and weapons. The loot system is the same in both games which are mainly to reward the player for progressing in the game and can be of superior quality to items that can be purchased. Given a wide range of weapons, equipping different weapons might be thrilling for the players.

Shadow Warrior 3 and DOOM have a back-story that is based on their main character.

The game is set on Mars, with a UAC facility being invaded by the forces of Hell. The Doom Slayer awakens chained to a sarcophagus in a UAC facility. Breaking free and regaining his “Praetor Suit” (the energy), he crosses the Martian surface to restart the base satellite systems. In the base satellite systems, he finds the recordings of Dr. Olivia Pierce scattered through the base, it becomes apparent that she became fixated on Hell and deliberately encouraged the opening of portals, resulting in the mass death of staff and the collapse of the base. The recording led DOOM Slayer to her. Cut a long story short, finally, the DOOM Slayer meets Dr. Olivia Pierce where the doctor says that the research must continue. After that, he transports himself to an unknown location, saying they will meet again.

In Shadow Warrior 3, Lo Wang seeks to reimprison an ancient dragon he and Orochi Zilla accidentally unleashed. To help the pair in this quest, they will have a mask of a dead god, a dragon’s egg, magic, and many, many weapons. It is once again up to Lo Wang to stop the impending apocalypse by capturing the released dragon and defeating the numerous Yokai standing in his way.

Both games almost feature the same combat puzzle. You are surrounded by alot of enemies and you have to find the space and openings to prevent their attacks and time your attacks.

Dodge and attack is the main key in both games. You can also execute wounded enemies in the battles when they are close to you. Both games do not restrict your character from picking limited weapons. You can collect as many weapons as you want.

Achievements and unlockables to find

The distribution of levels and the achievement system are the same in both games. Players need to defeat enemies to unlock the areas and levels in the game. In both games, weapons can also be upgraded and obtained by executing enemies. These weapons in Shadow Warrior 3 are called Gore Weapons, such as the dual miniguns Double Trouble, which is earned by killing the Gassy Obaryion enemy.

With each level, you can have access to various new powerful weapons and abilities. Shadow Warrior 3 features more linear levels and a new upgrade system as compared to its previous installments. As the player progresses, they will unlock new weapons and gadgets. The changing environment with every level can also be used to give your character an advantage in combat in both games.

One of the great advancements in both the DOOM franchise and the Shadow Warrior series is the modern and top-notch graphics.

Both games deliver polished graphics. However, DOOM as an older game has less demanding graphics, simply runs better performance-wise and also has fewer performance issues and bugs after years of updates. On the other hand, Shadow Warrior 3 is more demanding on your processor to run the best quality graphics.

Weapon upgrading a mechanic in DOOM as well as in Shadow Warrior 3.

The weapon modification allows weapons to receive enhancements such as reduced reload or cool-down times, increased damage output, larger areas of effect, and other improvements which are common in both games.

In DOOM, Weapon Points are used to upgrade weapons. They can be gained by defeating demons. Some regular fights will get you Weapon Points as well, so do most boss fights, all secret encounters, and each of the six Slayer Room challenges.

In Shadow Warrior 3, there are a total of 8 types of weapon upgrades including weapons upgrades, fire modes, ammo upgrades, elemental upgrades, armor upgrades, and amulets. These will have a direct impact on your weapon’s statistics and elemental properties.

These are the 10 similarities between DOOM and Shadow Warrior 3. There might be alot more common features but our list restricts us to only 10.

After reading through the article, you must be thinking that the games are quite similar. To your knowledge, the games differ to a great extent as well. Both games provide a whole new and incomparable experience.

It is worth checking out both the games. Let us know in the comment section if you find anything else more similar in the games. 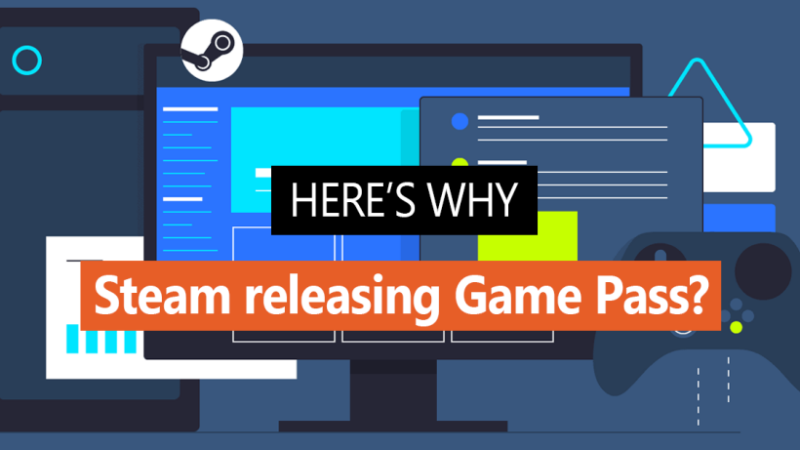 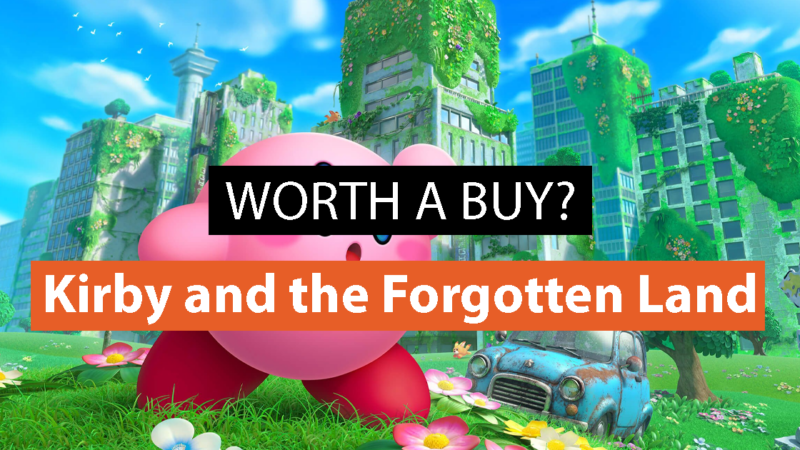